We GET it Shapiro, you've never pleased a woman in your life. 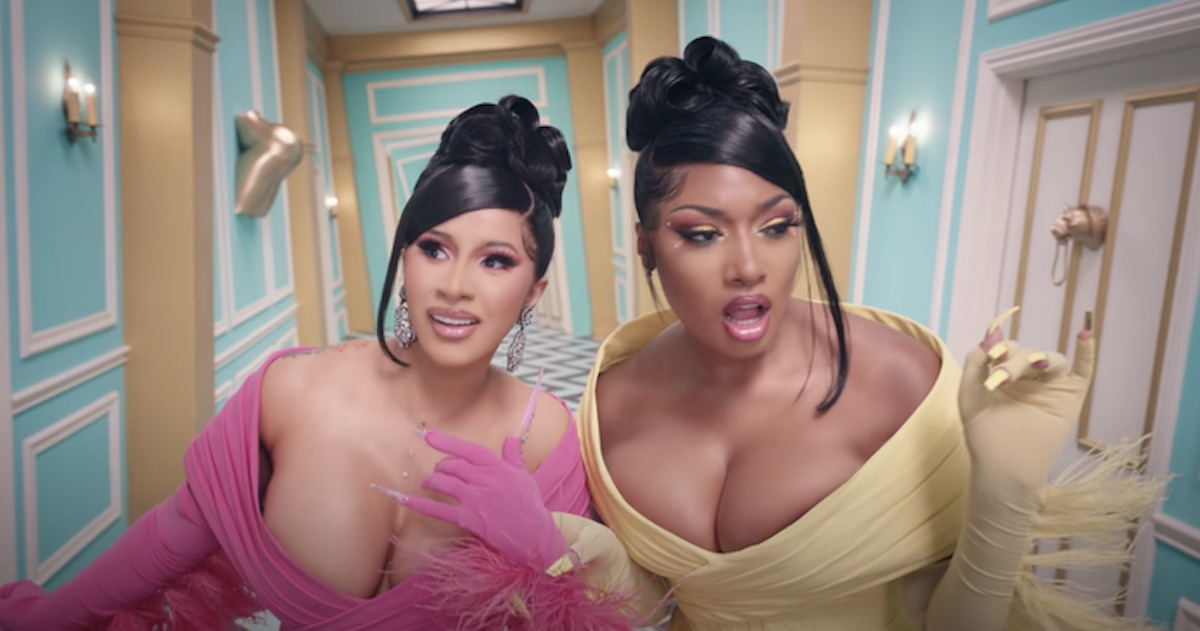 There have been few bright spots in the endless dumpster fire that is 2020. One of those was gifted to us just last week, in the form of Megan Thee Stallion and Cardi B’s fantastically raunchy new bop “WAP.” The song is a smash and the music video has already garnered nearly 70 million views on YouTube in less than a week. But because we can’t have nice things, many Republicans have decided that the video of two independent Black women celebrating their sexuality is just TOO MUCH.

Men’s desires are secondary (some may even say non-existent) and they’re not centred in *one* song, and suddenly everyone is unravelled.

One Republican candidate for Congress has already come after the video after “accidentally” watching it (sure, Jan). And now, conservative “political commentator” Ben Shapiro is airing his grievances as well. Shapiro, the adult version of that kid who reminds the teacher she forgot to assign homework, tried to attack the song for being raunchy. He read the lyrics aloud on his radio show saying, “This is what feminists fought for … This is what the feminist movement was all about, and if you say anything differently it’s ’cause you’re a misogynist, see?”

As I also discussed on the show, my only real concern is that the women involved — who apparently require a “bucket and a mop” — get the medical care they require. My doctor wife’s differential diagnosis: bacterial vaginosis, yeast infection, or trichomonis.

Well Shaps, we do see … that you’re a sad little man-boy who has never pleased a woman in your entire life. It’s peak hypocrisy to criticize WAP while endorsing a president who famously bragged about grabbing women by the pussy, and cheated on his wife with adult film stars who he then paid off to keep quiet. It’s interesting how you’ve ever said a peep about male rappers with explicit lyrics, but you’re awfully quick to criticize Black women. Your misogynoir is showing, and everyone can see it.

Many took to social media to criticize the newly crowned DAP king on his clownery:

Ben Shapiro complaining about women celebrating their WAPs is kind of exactly his brand though. Like there’s never any WAP around him and it’s because he’s like this.

If you think I’m watching that whole “Ben Shapiro reacts to the WAP video,” you must believe my clit is suicidal

Even if you do not have a vagina, listening to Ben Shapiro talk about vaginas will make your vagina crumble like Melisandre taking off her necklace after Arya killed the Night King.

For a guy who claims to hate socialism, Ben Shapiro sure seems to like being publicly owned.

what ben shapiro sees when he sees vagina pic.twitter.com/YSMhZ1lmAC

everyone: black lives matter! save usps!

ben shapiro: my wife has never been wet

“the female orgasm is a democratic hoax” — ben shapiro

just like, the mean little master of the house who is also dying of consumption.

“ben shapiro reading WAP lyrics” is the video from THE RING

Even Cardi B is laughing (all the way to the bank) at Shapiro’s take:

Truly a self-own for the ages.