Is Being “Objectified” Part of an Actor’s Job? Here’s Why That Notion Is Troubling. 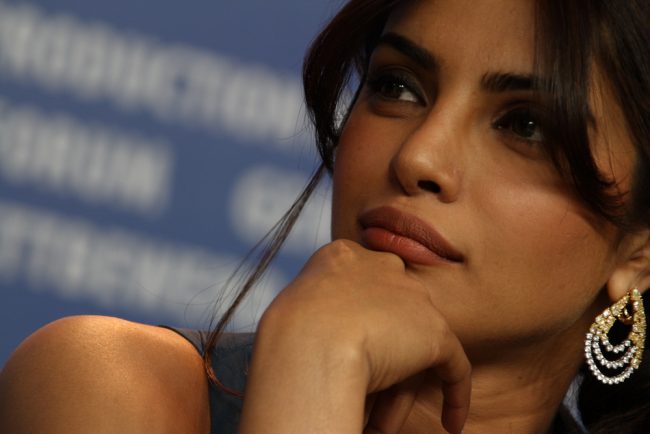 Among the many, many reboots and revivals happening in television and film right now, we’re getting a Baywatch movie. If you’re thinking to yourself, “Baywatch? Isn’t that just exceptionally attractive people running on a beach?” the answer is, well, yeah. As such, Priyanka Chopra (who stars alongside other exceptionally attractive people Zac Efron, Alexandra Daddario, and The Rock) talked to Cosmopolitan about whether or not she’s afraid of being reduced to a sex symbol. As it turns out, she’s not afraid of it. She’s—to use Cosmo’s word—proud.

Yes, being objectified is part of my job. I don’t get offended by being called a sex symbol, because I’m an actress and it’s the nature of what I do. But I don’t think being a sex symbol is something you want to aim for. Of course you want to be hot, but that’s not all you want to stand for.

Well, that’s a lot to take in.

Yesterday, we talked about Ariana Grande’s refusal to be objectified. The difference between being seen as a sexual being and being objectified is nuanced, and Grande had to keep defending her stance to those who don’t see the line.

expressing sexuality in art is not an invitation for disrespect !!! just like wearing a short skirt is not asking for assault.

I’m going to hope that Chopra’s view of objectification is just a matter of semantics. Because of course being sexually attractive is part of her job. Her career started when she was named Miss World in 2000. The types of roles she plays in movies in India and the US often cash in on her beauty. Her looks are part of her job. But they’re definitely not all of it. And that’s where “sex symbol” differs from “object.” This may seem to some like nitpicking, but the difference is huge, and important.

In that story yesterday, Ariana Grande was reduced to a part of her boyfriend’s success. Her body was a prize for him to be congratulated on. She, in turn, argued that she can still celebrate and share her own sexual nature without having the rest of her personhood erased. How is it so hard for so many people to understand that acknowledging and even reveling in your own sexuality is not opening the door for people to disrespect it, any more than opening the actual, literal door of your home is an invitation to all strangers to come in and sit on your sofa.

Women’s choice. ♡ our bodies, our clothing, our music, our personalities….. sexy, flirty, fun.
it is not. an open. invitation.

And the same can be said for acknowledging and reveling in the sexuality of others. You don’t have to feel ashamed for finding Priyanka Chopra (or Zac Efron or Dwayne Johnson or anyone else in a movie about running on a beach in a swimsuit) desirable. She is a beautiful, sexy woman and through the work she chooses to do, she invites us to take pleasure in that. She can even be a “sex symbol”—known primarily for her looks, with her sexuality pushed to the front of her career. But when the line is crossed from celebrating someone’s sexuality in the way they have chosen to share it with you, to erasing their personhood and only seeing the human you’re looking at as a sexual object, that’s not part of her job.

It’s dangerous, as well, to dismiss this with the usual “Well, she said it’s fine if we do it to her.” Whenever a woman goes on record with a quote about something she doesn’t have a problem with (catcalling, objectification, etc.), it gets a disproportionate weight attached to it. It sets anyone who tries to speak out against that issue as the dissent, rather than the norm. Again, just look at Ariana Grande. Much of the criticism leveled at her yesterday was framed in the context of “what a celebrity’s job is,” as if by putting herself in the public eye she doesn’t deserve her own humanity. So if this seems like nitpicking over one woman’s opinion, I strongly disagree. Objectification and sexual appreciation have—when it comes not just to celebrities, but so often, for all women—become conflated. And they are also, dangerously, very often seen as the baseline in viewing women. You don’t have to be a celebrity to have your sexuality seen as something to be owned or won or disposed of by others. And it’s comments like this one by Chopra that help to confuse the boundaries between public and private, celebration and objectification.

(via Cosmopolitan, image via Shutterstock)