Behold the Winners of the Steam Awards | The Mary Sue

Behold the Brand-New Steam Awards, From “Villain Most In Need Of A Hug” to “Best Use of a Farm Animal”

But who took home the coveted "Whoooaaaa Dude" Award? 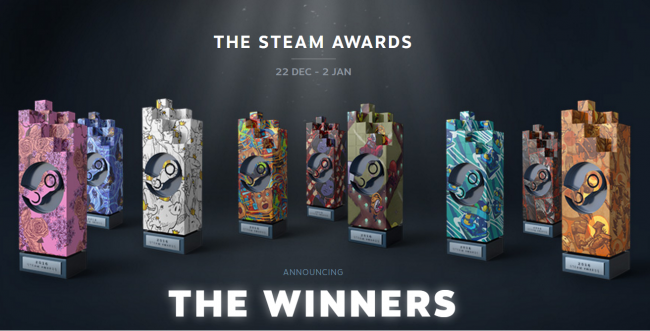 Steam has announced the winners of their inaugural Steam Awards, in which players voted for the best games in a series of oh-so-serious categories. While the description for each award often speaks to a game’s actual virtues–its emotional impact, its staying power, its addictive gameplay–Steam and its customers clearly had a lot of fun coming up with these names. (You can see some of the more ridiculous suggested categories and nominees here.)

Perhaps unsurprisingly, most of the winners are highly active titles, like Portal 2, Skyrim, and Grand Theft Auto V. Below is a list of the winners, but you can see the runners-up and full award descriptions on Steam’s announcement page.

Which awards categories would you propose for the Second Steam Awards? Get those good ideas ready for next year.

(Via Kotaku, image via screengrab from Valve)