Man Bitten to Death by Beaver Somehow Not an Isolated Incident 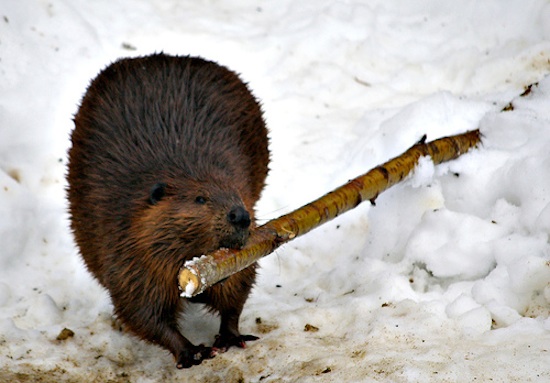 A fishing trip to a quiet lake in Belarus ended about as badly as it’s possible for a fishing trip to end when one of the men was attacked and killed by a beaver as he tried to photograph it. The man, whose name is not being released, approached the creature with his camera for a better shot when the animal pounced on him, biting his leg and severing a major artery, a wound from which the man bled out, dying a short time later. Perhaps the oddest part of this news? Beaver attacks are not as uncommon as you might think.

Indeed, a quick search of headlines shows that seemingly a few people a year are attacked by beavers, mostly when the animals have contracted rabies, but occasionally just when they’re in a rotten mood. While the large rodents are generally peaceful herbivores, we know that feel — no one like being stalked by someone carrying a camera or having their front yard invaded by trespassers. And while they strike a comical silhouette owing to their big flat tails, a beaver’s teeth are nothing to mess with. They use those things to chop down trees, remember. One nip in the wrong place is all it takes, as this sad, strange story shows.

Let this tale serve as a reminder as many of us prepare to head for parks and campgrounds this summer: No matter how ridiculous looking a wild animal is, it is still a wild animal, and thus potentially dangerous. Stay safe, everyone, and meddle not in the affairs of beavers, for their great big teeth are not just for show.