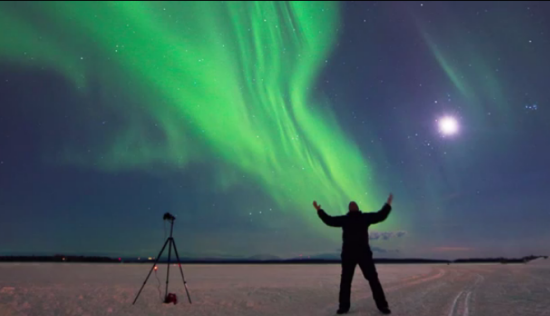 Earlier this month there was a large M1-class solar flare near an Earth-sized sunspot known as AR1692, and the resulting Coronal Mass Ejection (CME) washed over the Earth two days later on March 17th. The event resulted in a massive Aurora Borealis display that photographer Göran Strand captured, and he compressed the four-hour event down to a beautiful three minutes.

This video was put together from a total of 2464 raw images. The reason it’s round is because the camera is covering the whole sky, sort of like a panorama, but one that goes all the way around and that connects overhead. The image of the Sun at the beginning of the video was also taken by Strand and is a composite of ten separate images he captures on March 16th.

The results are truly beautiful: