This whole thing has left us so disillusioned. Can't we have some good news? 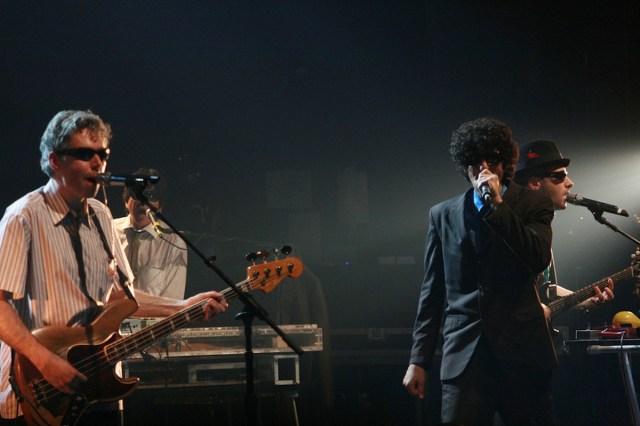 We all thought that the scuffle between the Beastie Boys and toymaker GoldieBlox was over when they apologized for using a parody of the song “Girls” in a commercial that celebrated girls in engineering and removed the song. As it turns out, the Beastie Boys are now going after them for profits that may have been made off of the commercial.

For its part, GoldieBlox thinks that the commercial falls under fair use, because parodies generally do. However, fair use is often subjective and up to the discretion of the judge deciding the case, so this battle may get ugly when it goes to court, as the Beastie Boys have demanded. Making matters worse, the case includes a trademark issue over GoldieBlox using the Beastie Boys name in the title of their video, which is actually little harder to defend than the parody.

They assert that the Beastie Boys name being used in the title made it appear as though the Beastie Boys were involved in the parody or the ad campaign in some way, and we can’t blame them. When we wrote our original article on the GoldieBlox video (in the before-times, when we were wide-eyed and thought things could be good), we were certainly pretty excited about possible Beastie Boys involvement.

The Beastie Boys also pointed out that this is not the first time GoldieBlox has parodied a popular song for an ad, and they’ve used Queen’s “We Are the Champions” among others. While we found articles referencing these previous parodies, we were unable to find any of the actual videos, and it looks like they may have been deliberately removed, which is kind of suspicious.

Still, some of the language in the countersuit is pretty scathing. The Beastie Boys slam GoldieBlox for creating an ad campaign that promotes stealing instead of the kind of innovation their toys seek to inspire. Ouch. Those are some strong words from guys who are known for repurposing the work of others, even if they do it with permission.

This thing just keeps getting uglier at every turn, and it’s far from over, due to the subjective nature of fair use cases. For a quick primer on how judges make these tough calls, check out this helpful breakdown on the Stanford University Library site. Then, take a look at what has happened so far, and have a bunch of mixed feelings on who to side with. We sure do.

Here’s what we know so far:

When the Beastie Boys first found out about the commercial that parodied “Girls” without permission and tried to figure out what was going on, GoldieBlox (over)reacted by launching a court case to demand the right to use the song under fair use.

The Beastie Boys responded with an open letter confirming that they, like the rest of us, like the message GoldieBlox is trying to send, but they don’t want their songs or name used in ads:

Like many of the millions of people who have seen your toy commercial “GoldieBlox, Rube Goldberg & the Beastie Boys,” we were very impressed by the creativity and the message behind your ad.

We strongly support empowering young girls, breaking down gender stereotypes and igniting a passion for technology and engineering.

As creative as it is, make no mistake, your video is an advertisement that is designed to sell a product, and long ago, we made a conscious decision not to permit our music and/or name to be used in product ads.

When we tried to simply ask how and why our song “Girls” had been used in your ad without our permission, YOU sued US.

GoldieBlox then put out their own letter, in which the apologized and said that they had removed the song. You can read that letter here.

Now, after a lull in action that we had assumed meant this was all behind us, the Beastie Boys have launched their countersuit to the original GoldieBlox suit asking for damages, legal costs, and profits generated by the video.

We do not envy the judge who is going to have to decide who’s in the right here.

(via The Verge and Gigaom, image via aftershow)