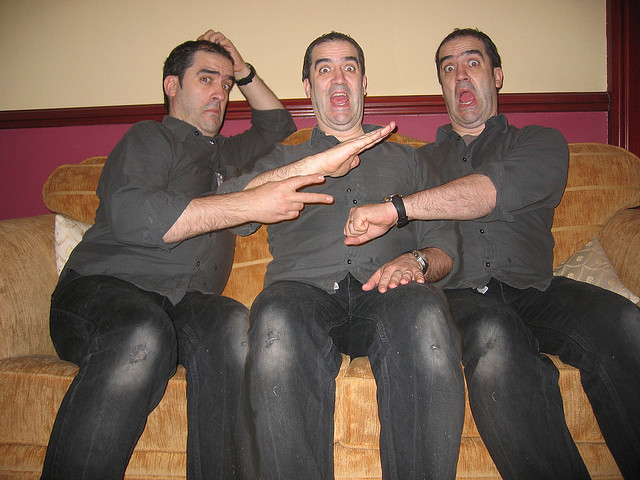 Use this power wisely, young Padawan: researchers at Zhejiang University have devised a strategy for winning Rock-Paper-Scissors, and it’s not just “leaving things up to chance.” Prepare yourself to have a lot more influence, but be careful—power corrupts, and Rock-Paper-Scissors corrupts absolutely.

The study was published earlier this month through Cornell and refutes the previously maintained belief that the odds of winning a given round of Rock-Paper-Scissors (RPS) are 1/3. The researchers gathered 300 volunteers and filmed them playing RPS in 60 different groups. Winners were given monetary rewards.

After watching the tournament tapes, the researchers noticed “cyclic” patterns of conditioned responses in players that, if exploited, could hypothetically raise a savvy player’s odds of winning. (And no, it’s not just lingering forever on “shoot”, but I can tell you from experience that is an effective cheating method.)

The research suggests that becoming a RPS champion is less about lady luck and more about appreciating the “win stay, lose shift” strategy, a pattern most people unconsciously repeat both in and out of the RPS ring. Humans stick with tactics that seem to work and discard those that don’t—probably a smart strategy in life but not in a game dominated largely by chance. The tapes revealed that most players switched tactics if the same move didn’t work twice in a row, and were more likely than not to repeat a winning move at least once.

In order to slightly increase their odds of winning a given round, a player would need to make a move that would defeat a previous winning throw (in anticipation of win-stay), or play a gesture that would beat one of the two moves a player had not just lost with (thwarting lose-shift). The study explains:

Our theoretical calculations reveal that this new strategy may offer higher payoffs to individual players in comparison with the NE mixed strategy, suggesting that high social efficiency is achievable through optimized conditional response.

Sadly, Rock-Paper-Scissors may not be the level playing field we once believed. I demand a lot of re-matches and a billion or so dollars in pizza money.

(via Phys.org, images via David Muir)