Ingenious Bats Use Curled Leaves as Their Own Batphones

How else are they supposed to know when Batman needs to create a diversion? 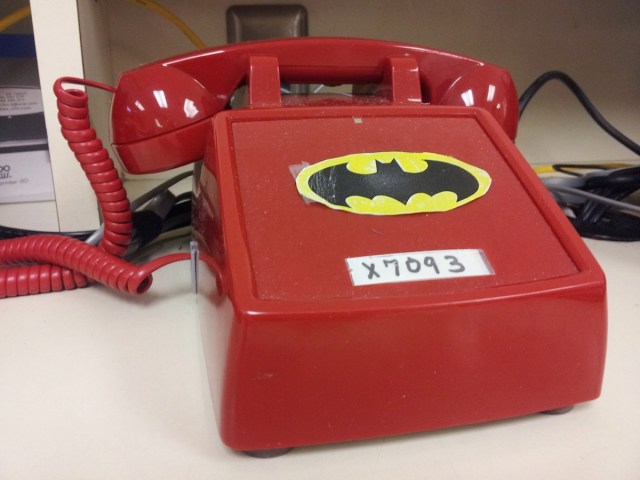 Much like Jim Gordon’s Batphone, the curled leaves of some South American plants are carrying the calls of bats. OK, they’re more like a megaphone than the Batphone, but the image of tiny bats calling Commissioner Gordon is too entertaining to ignore.

According to research recently published in Proceedings of the Royal Society B, a species of bat called Spix’s disc-winged bat likes to roost inside of newly formed plant leaves that haven’t yet uncurled from initial tube shapes. That way, they can use the leaves to send out amplified calls to help their friends find their way home.

The disc-winged bats get their name from tiny suction cups on their wings that allow them to stick to the inside of the plant leaves like Spider-Man. While it would’ve been awesome for a real animal to be called a spider-bat, disc-winged is probably less likely to cause widespread panic amongst those who are afraid enough of spiders and bats separately.

Like the Commissioner, the disc-winged bats mostly use their Batphones for outgoing calls. The sound coming into the leaves from flying bats becomes too distorted for bats in the roost to tell if the call is coming from a friend, so the flying bats don’t really phone home. Outgoing sounds stay clearer, which enables the bats who are out, presumably seeking the means to fight injustice, to find their way back home.

Too bad ET wasn’t a bat. Home might have phoned him.

(via The Verge and Proceedings of the Royal Society B, image via apalapala)

Batman (character)BatphoneBatsProceedings of the Royal Society B