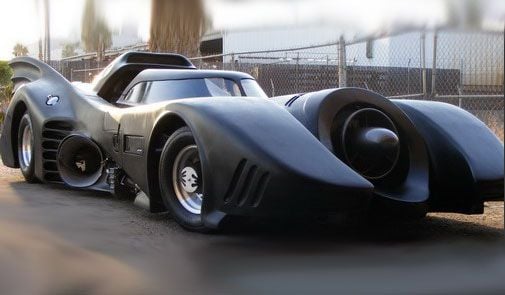 A judge in California has ruled that custom Batmobiles, like the ones made by Gotham Garage owner Mark Towles and owned by toddler pop music sensation Justin Bieber, are subject to copyright law because cars, apparently, do not fall under the “useful articles” exception. I have no idea what this really means for people who spend their money on Batmobiles, but if it means trouble for Justin Bieber, then that is more fun for everyone.

DC Comics sued Towles claiming that the cars he was making and selling through his business were in violation of copyright laws, and that the product was misleading customers into thinking that these cars were authorized by DC. In other words, they were made to seem like they were official Batmobiles. Towles’ response was that cars fall under the “useful articles” exception, which means that such items are not subject to copyright laws. This means that the design of the Batmobile itself — like the actual image and drawing of a Batmobile — is protected by copyright, but once it has been used for something with utilitarian purposes — like a functional automobile — the design is no longer protected. At least that’s what I gleaned from this article about lion costumes.

U.S. District Judge Ronald Lew, however, rejected Towles’ claim, saying that because the design is purely aesthetic and not functional — meaning that the custom Batmobiles cannot actually scale walls or shoot projectiles, I guess? — then custom cars that are designed a specific way for artistic and not utilitarian purposes do not fall under the exception:

“While automobiles (in their entirety) may be considered useful articles not protected by copyright, defendant’s motion utterly ignores the issue of separability of nonfunctional, artistic elements of plaintiff’s Batmobiles from the underlying vehicle.”

The bigger issue here is if Justin Bieber will merely have to relinquish his illegal Batmobile or pay a fine, or if he will be sent to the hoosgow forever and ever for commissioning the design in the first place. It’s practically like ordering a hit on someone, right?

(The Hollywood Reporter via Comics Beat)