Batman, This Is The Tumbler Golf Cart You Deserve 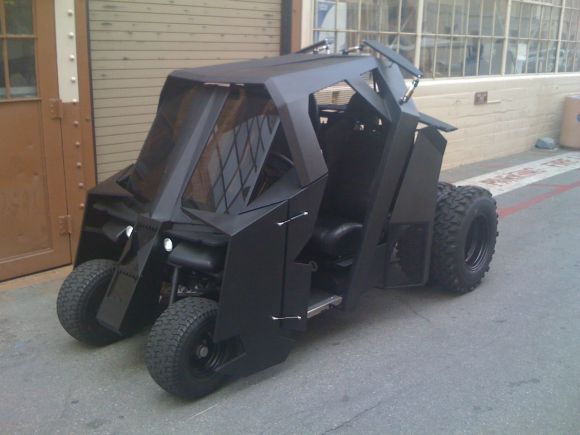 If that S.H.I.E.L.D. SUV wasn’t quite up your alley, perhaps we can interest you in this one-of-a-kind Batman tumbler golf cart? RaysHollywood is currently selling this item on ebay for a “buy it now” price of $17,500 but you can make an offer if you’re feeling bold. The tumbler golf cart once drove on the Warner Bros. set and parked next to the real tumbler, if that makes it more appealing.