Where a warm hand waits for mine. 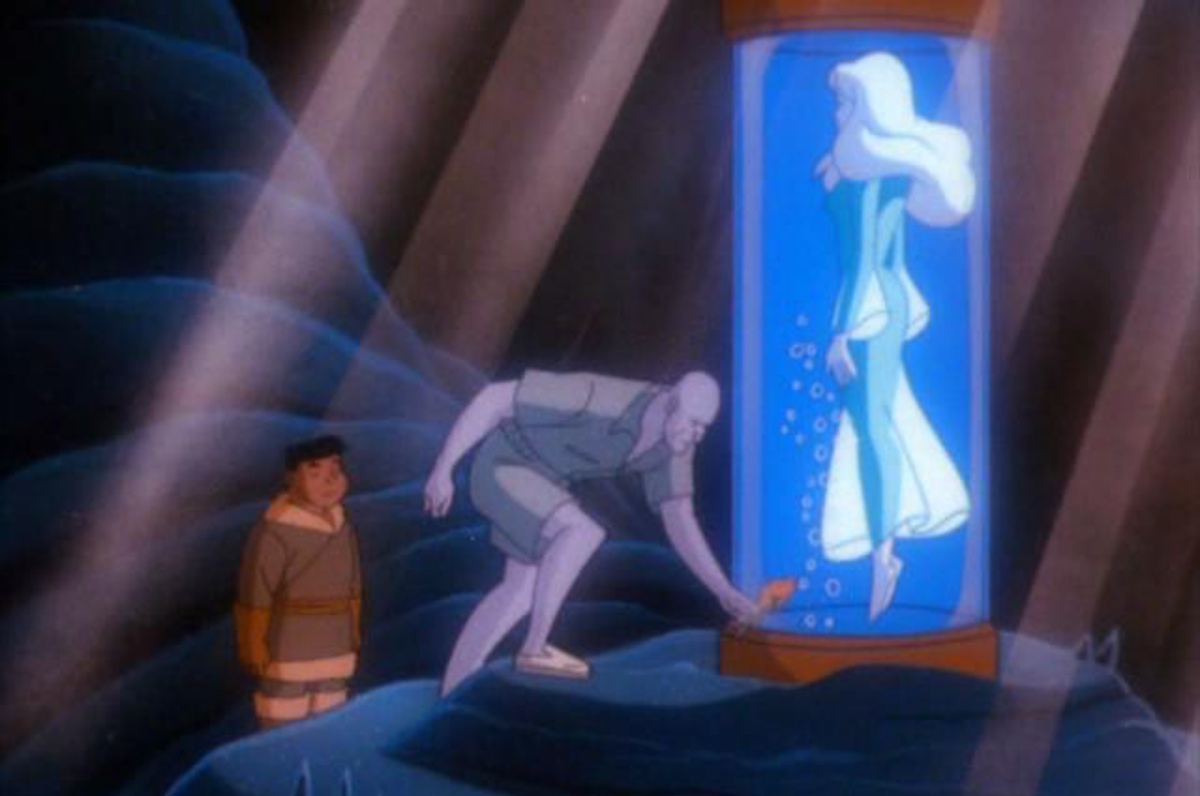 Batman: The Animated Series had an anniversary yesterday, celebrating 25 years since it premiered and helped shaped the landscape of comic book adaptation. It had a sense of creativity and understanding that making the series work meant addressing the psychological nuances of the rogues’ gallery as much as Batman/Bruce Wayne. Due to that, BTAS had some of the best incarnations of classic Batman characters, but one of the standouts was Mr. Freeze.

By the time BTAS came out, Mr. Freeze (Victor Fries) had been part of the Batman universe since 1959. Originally named “Mr. Zero,” before he was renamed by the ’60s Batman television series, he was created by writer Dave Wood and artist Sheldon Moldoff. In those early days, he was a “joke” villain, another of the many ice-based criminals in the DC rogues’ gallery (along with Captain Cold and Killer Frost) that would be good for an issue or two. Then, everything changed when his origin story was revamped by Paul Dini for BTAS.

“Heart of Ice” makes Victor Fries a cryogenics expert in Gotham City, who, while attempting to cure his terminally ill wife, Nora, got caught in a laboratory mishap that lowered his body temperature to sub-zero levels. As a result, it forced him to wear his cryogenic suit in order to survive, and he built his cryogenic weaponry based on this technology.

Much like before his transformation, Freeze became dedicated to trying to save his wife Nora. He is very much a Byronic villain of sorts, driven by love and poetically tragic, while also being someone we can’t entirely root for because of the methods he has chosen. In “Heart of Ice,” he’s trying to take revenge on the man who ruined his life, Ferris Boyle.

Even Batman sympathizes with Freeze, but he still has to do the right thing. The episode ends with Freeze incarcerated in Arkham Asylum in a special cell, crying to himself, saying that he failed Nora and begging her for forgiveness.

Freeze returns again in subsequent episodes, but I think his most powerful returning appearance is in the direct-to-video movie Batman & Mr. Freeze: SubZero. In this spinoff film that takes place after the events of “Deep Freeze,” we find Freeze living in the Arctic with Nora still on ice as he looks for a cure, with the company of an Inuit boy named Kunac and two fully grown polar bears.

Of course, nothing can stay peaceful, and a submarine crew crashes into his home, shattering Nora’s preservation chamber. After killing the crew, Freeze goes to Gotham to try to find help. One of his old colleagues gets bribed into helping, and they find out that the only thing that can save Nora is an organ transplant, but there aren’t any deceased donors with her rare blood type, and performing the transplant with a living donor would cause their death. Freeze doesn’t care, and they pick a person at random: Barbara Gordon.

The movie is really good because it has a lot of Barbara being an action girl without being in her Batgirl costume, and it continues Freeze’s journey as a villain who is doing the wrong thing for sympathetic reasons. In the end, Barbara not only is rescued, but she’s able to help save Nora’s life without losing her organs. Freeze isn’t dead, but he is in self-imposed exile since he can’t return to society because of his crimes and condition.

But we do see that he is happy that Nora will live on, waiting for the day that her warm hand reaches out for his.

The New Batman Adventures sort of take a step backward in all of this, because rather than Freeze being happy that his beloved is saved, he is further traumatized when she marries her doctor and leaves Gotham. We will be ignoring that. BTAS took a character who was a joke and turned him into a really emotional, Shakespearean-like character who fans still think of fondly today. And they won a Daytime Emmy!

What are some of your favorite episodes from Batman: The Animated Series—besides “Almost Got ’Im”?