The Batman Vs. Superman Movie Might Be Getting A Really Stupid Title, So We Came Up With Stupider Titles

Man of Steel: The Knight Is Dark And Full of Terrors 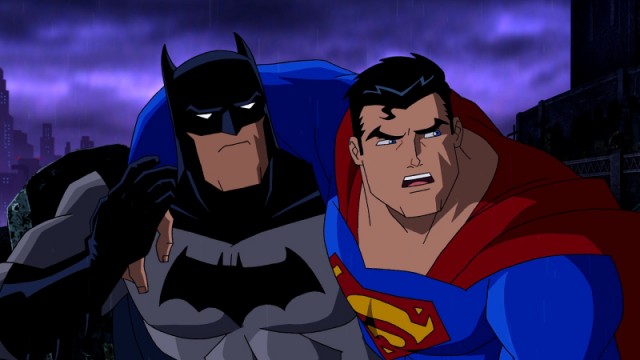 Warner Brothers just registered a whole bunch of… erm… interesting domain names that might give us clues to the title of the next Man of Steel movie. They’re very… well, black. Black and also dark and shadowy and black, with some knights and falling thrown in. Gee, think they might be trying to go grittier with this next film?

Think we’re exaggerating? Here’s the list of titles that Fusible found. Reportedly they were secretly registered through MarkMonitor, the online brand protection company.

According to Fusible, Shorter variations of the names were also registered like, “Battle the Knight”, “Black of Knight”, “Knight Falls”, and “The Blackest Hour”.

“Knightfall” was an actual Batman story arc (and “Knight Falls” has been used a few times since then  as well), but in all honestly, the rest seem sort of… silly? And dark. Dark and silly. Presumably most fans were hoping for something that harkened back to the comic books a little bit more such as “World’s Finest” or “The Brave and The Bold.”

If they’re going to go the generically black-and-dark route, then might we offer some of our own ideas? We’ve taken the liberty of putting together our own list of possible titles

What? It’s not like Warner Brothers is doing much better.