Bats sing to the hero they deserve, but not to the one they need right now. 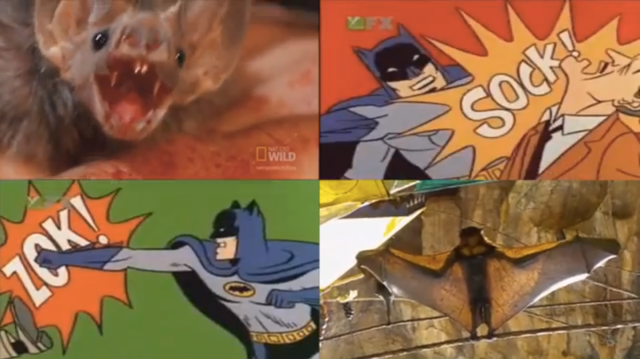 This video has bats, the Batman theme song, and a strange selection of Batman images interspersed with bats messily devouring their prey. Does this video really need further explanation to get you to watch it? Seriously. Watch it. It’s tremendous.

It’s worth explaining that bats actually produce sounds too high-pitched for humans to hear. So a special team of musicians, chiropterologists, and other scientists digitally reduced the bats’ calls, and assigned each of these new sounds a musical key. Then they created a new keyboard, in which each key links to a bat sound.

It’s sort of what Ferris Bueller did with his keyboard in Ferris Bueller’s Day Off, but instead of sounds of him being sick, it’s bat sounds. Then the team played the Batman theme song — obviously.

I don’t know why they did this. But they did. And it’s awesome.

Watch it below, in all its glory: