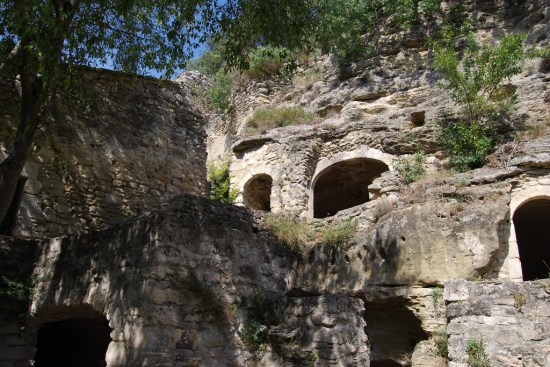 One of the oldest underground cities in the world, the archaeological evidence shows that French town of Village troglodytique de Barry, or The Barry Troglodyte Village, was continuously inhabited for 1,500 years beginning in 500 C.E..

Built on to, and inside, a cliff face in southern France, the Troglodyte village grew and twisted over itself as generations of inhabitants lived in the community. But by the 19th century, he Troglodyte’s denizens dwindled below 50. Perhaps it was the upkeep of an underground city that eventually became too much, as some of the last city dwellers were killed when their stone homes collapsed. The last residents, a widow and her servant, were convinced to leave at the start of the 20th century.

Evidence of the city’s antiquity seems to draw primarily from the neolithic tools found there. Though it certainly has nothing on Damascus (9000 B.C.),  the Barry Troglodyte city is quite beautiful, though sadly empty. It’s quite humbling to see a place that harbored humans for so long be abandoned.