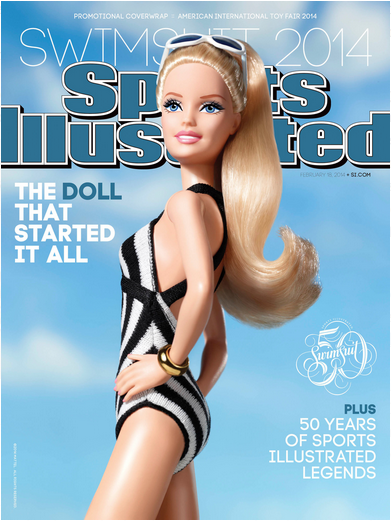 Mattel has decided to rehabilitate Barbie’s falling image in the toy market (a 13% drop this holiday season over last) by changing nothing, and dismissing criticism of Barbie by talking about her as if she were a real person and not an image entirely created and controlled by a massive toy empire. Also by putting her on the cover of Sports Illustrated’s Swimsuit issue and starting the hashtag #unapologetic.

It’s so cute, watching a more than half-century old media franchise discover the marketing power of intentionally creating internet outrage while trying to make it look like an accident. I recommend ThinkProgress’ take on the whole deal.