DC Announces the Future of a Slew of Female Characters, Confirms Barbara Gordon as Batgirl 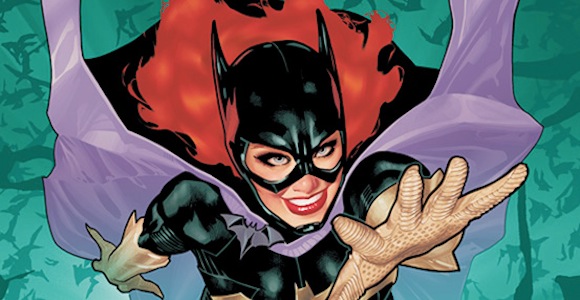 DC continues to tease, confuse, worry and divide their readership by parcelling out their September lineup in drips, drabs, leaked covers, and odd rumors. Sure, being cagey is great for publicity, but it has a tendency to stress out your fans, particularly when the oft mocked phrase “things will never be the same” looks too much like it’s going to be true. So, while last week we got official announcements on several team books, some lesser known characters, and Green Lantern continuity, today DC outlined the future of the Batman mythos, and if there’s one thing the Batman mythos has, it’s some of DC’s strongest and longest lived female characters.

The less controversial announcements lie in the somewhat expected: Batwoman #1 is confirmed to finally be published. On the other hand, the new Birds of Prey lineup has been revealed, with Black Canary, Katana, Poison Ivy and one other as-yet unnamed female character. Poison Ivy is kind of a weird choice for that particular team, usually one of the more tight-knit groups in the DCU, the addition of a villain would seem to belie that. Catwoman is getting her own ongoing series again (as we mentioned earlier today, back when we thought there wouldn’t be that much DC Comics news), announced with some really weird language on DC’s Source Blog:

Meet Catwoman. She’s addicted to the night. Addicted to shiny objects. Addicted to Batman. Most of all, Catwoman is addicted to danger. She can’t help herself, and the truth is – she doesn’t want to. She’s good at being bad, and very bad at being good.

Well, thanks for describing her like a playboy centerfold, and as mistaking Batman’s most frequently off off-again-on-again romance as “addicted” to some sweet, sweet Bat. This is just… I don’t know where to start with it, frankly, in comparison to the current Catwoman, vigilante protector of Gotham’s East End, the one who’s trying to help Harlequin and Poison Ivy walk the straight and narrow, who loves Batman but isn’t willing to put up with his crippling trust issues and so hasn’t pushed the issue since, what, Hush? That came out in 2003?

But by far the biggest news of the day is the confirmation of a rumor that many were hoping was just that: a rumor. DC has confirmed that the announced Batgirl ongoing series will feature Barbara Gordon, the original Batgirl, in the role, and that she will not be paraplegic.

Back in the late 80’s, Alan Moore‘s (strange, but that’s another post) story The Killing Joke was published, and though it wasn’t necessarily part of continuity, writers ran with one of the events in it, where Barbara Gordon had been shot in the stomach by the Joker, and paralyzed from the waist down. Unable to continue to be Batgirl, Barabara reforged her identity and turned some of her extraordinary talents into a new, even more personally fullfilling persona: Oracle, the greatest hacker and info jockey in the DC universe. Oracle was a resource that the Justice League themselves turned to, and pretty much every DC superhero able to communicate with her depended on her abilities. Not only was Oracle one of very, very few disabled superheroes (go on, name some who aren’t Professor X), she was also indirectly accomplishing all the stuff that superheroes do… with nothing but her non-superpowered brain and a ton of cutting edge technology. She was a unique character, which is saying something in and of itself in the Batfamily of people wearing other people’s costumes and punching things.

It’s also worth pointing out that canonically, Batman himself couldn’t recover emotionally from the idea of spending the rest of his life in a wheelchair when he was presented with the prospect.

There is already a ton of backlash around the internet against this erasure of more than twenty years of character development. The surprise and displeasure has even overwhelmed what might otherwise be intense interest in the title after the announcement of its writer: Gail Simone, DC’s only regular female writer, will be in charge of the title. Simone’s resume is full of solid, solid work on DC’s women characters, including Wonder Woman and writing some of the most beloved Birds of Prey stories out there. In any other context, Gail Simone on a Batgirl title would be cause for un-qualified celebration. As it is, nobody quite knows how to feel about it, including this blogger.

Simone is very active online through Twitter and Tumblr, so I’d say it’s likely only a matter of time until we see a more personal, less add-copy-like response from her about the series.