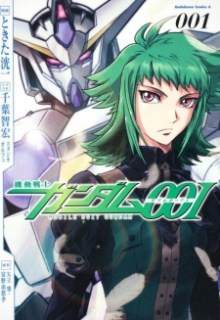 Bandai Entertainment has announced that it will no longer publish new manga, DVD, or Blu-ray titles as of February 2012. The company will be restructuring, taking its dedicated staff down from five to three, and will entirely change focus. Instead of new releases, the Bandai Entertainment will shift over solely to merchandising, broadcast licensing, and digital distribution.

The move is not too surprising considering that the company closed its online store in late December. Though they company will continue to distribute its existing titles, it’s unclear whether or not it will keep those existing titles in print. Given the company’s new focus, it doesn’t seem likely.

That said, this could be a smart move for the company. Platform Nation points out that Bandai Entertainment has struggled in the face of competition from Viz publications and FUNimation. These moves would place Bandai Entertainment in a position where they could still make money — arguably much more money than before — without the overhead involved with producing a physical product. Though perhaps that is looking for a silver lining in the midst of a shutdown.

The following titles have been canceled, according to the Anime News Network:

Here are the titles currently slated for 2012, according Toon Zone: