Leave her alone; she deserves your respect. 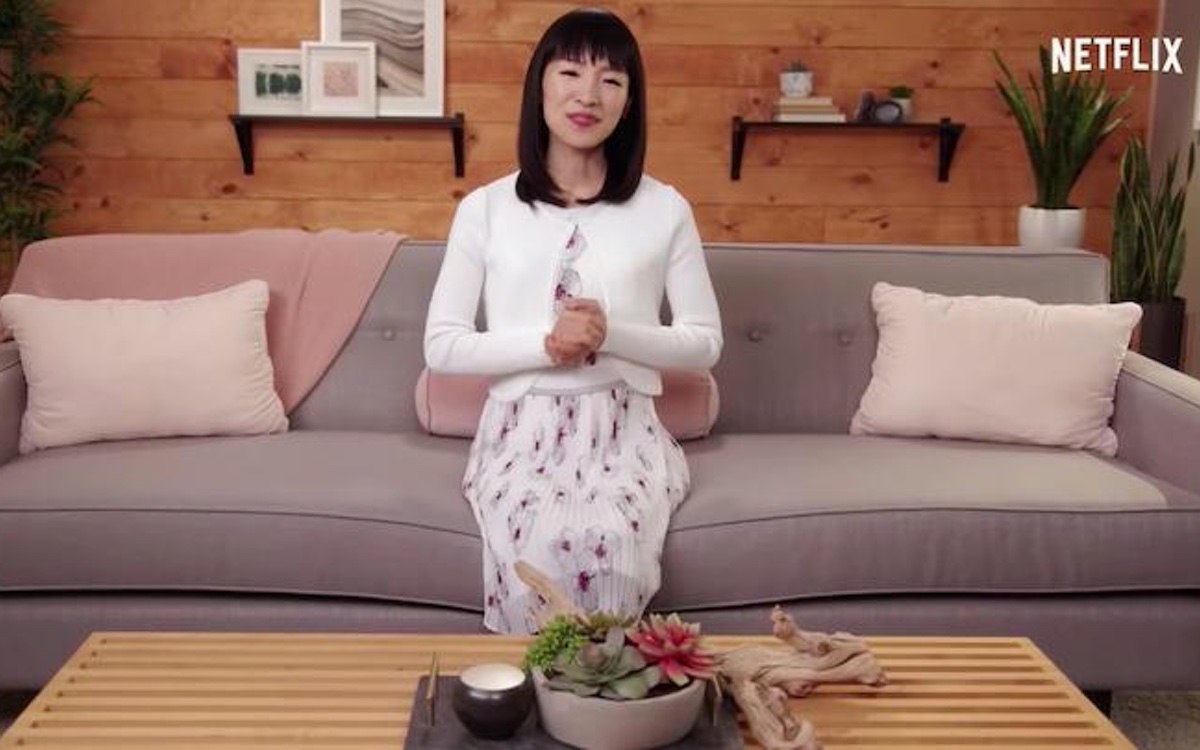 In episode five of Tidying Up with Marie Kondo, Kondo goes over the art of decluttering books with a couple. Similar to how she helps families declutter clothes, she has them place their books in a pile, and go through to see which ones to keep (or which ones spark joy) and which ones to thank before letting go.

There is a touching moment in which one of the men she’s working with discovers the feeling of sparking joy while holding a copy of his favorite book; you can clearly see his moment of understanding what Kondo has been trying to impart.

However, this moment that certainly sparked joy for me has sparked a different kind of emotion in a lot of others. Namely, there has been discourse about whether or not Kondo is encouraging people to dispose of books and if her method of sparking joy should be applied to books. This began with author Anakana Schofield, who tweeted:

Thank you all for your incredible response to my uprising against Konmari The notion that books should spark joy is a LUDICROUS one. I have said it a hundred times: Literature does not exist only to comfort and placate us. It should disturb + perturb us. Life is disturbing.

I think that this is a willful misunderstanding of what Kondo is trying to say. The idea of sparking joy does not come from the content, but rather the connection to the book. Kondo is not saying to only keep books whose stories make you happy, but books themselves that make you happy. For those of us who love darker works of literature, we can find a spark of joy in continuing to keep our favorite, darker books.

This continued for a while, with people jumping in to claim Kondo said you should keep less than 30 books and calling her all sorts of names on the Internet. Kondo herself has addressed this in an interview with IndieWire, where she puts to rest the idea that she is advocating for throwing out all your books via her interpreter Marie Iida:

“The most important part of this process of tidying is to always think about what you have and about the discovery of your sense of value, what you value that is important. So it’s not so much what I personally think about books. The question you should be asking is what do you think about books. If the image of someone getting rid of books or having only a few books makes you angry, that should tell you how passionate you are about books, what’s clearly so important in your life. If that riles you up, that tells you something you about that. That in itself is a very important benefit of this process.”

Kondo also speaks about cultural differences in terms of owning books, and makes it clear that she recommends donating them and does not advocate for throwing them out or destroying them.

In an excellent piece for Bustle, writer Kerri Jarema goes over some of the elements of classism and racism present in the discourse surrounding Kondo and interviewed author Ellen Oh on the discussion around Kondo. Oh said that “I don’t know what the rationale is for the backlash but I do know that it comes from a place of privilege. Elitism in that if you don’t have lots of books you can’t possibly be very smart. And financial classism because I remember being young and poor and owning less than ten books. It was why the library was my sanctuary.” Oh also speaks about the racism present in many of the jokes surrounding Kondo.

Others have tweeted about the reaction to Kondo, especially after a viral tweet in which a white woman referred to Kondo as a monster for a meme about her perceived attitude about books.

If you tweeted that meme and feel the need to double down – as I’m now seeing – ask yourself: why?

What do you gain by mocking an Asian woman for the wrong reasons? Would you double down if it was Martha Stewart and not Marie Kondo? Doubt it.

Think about your choices.

I rewatched scenes from episode five to prepare for this piece. Kondo remains a beacon of positive energy, who does not judge or look down on the people she works with. She helps them, and it shows.

To see the Internet turn on someone who practices such positivity and gratitude is disheartening. The terrible takes circling about her being some kind of bad person who wants to ruin your personal library are false, and it’s time to let those jokes and rage tweets go. Instead, try to understand where Kondo is coming from, and understand why these jokes might stem from privilege.