THANK GOD I WAS WORRIED FOR HER. 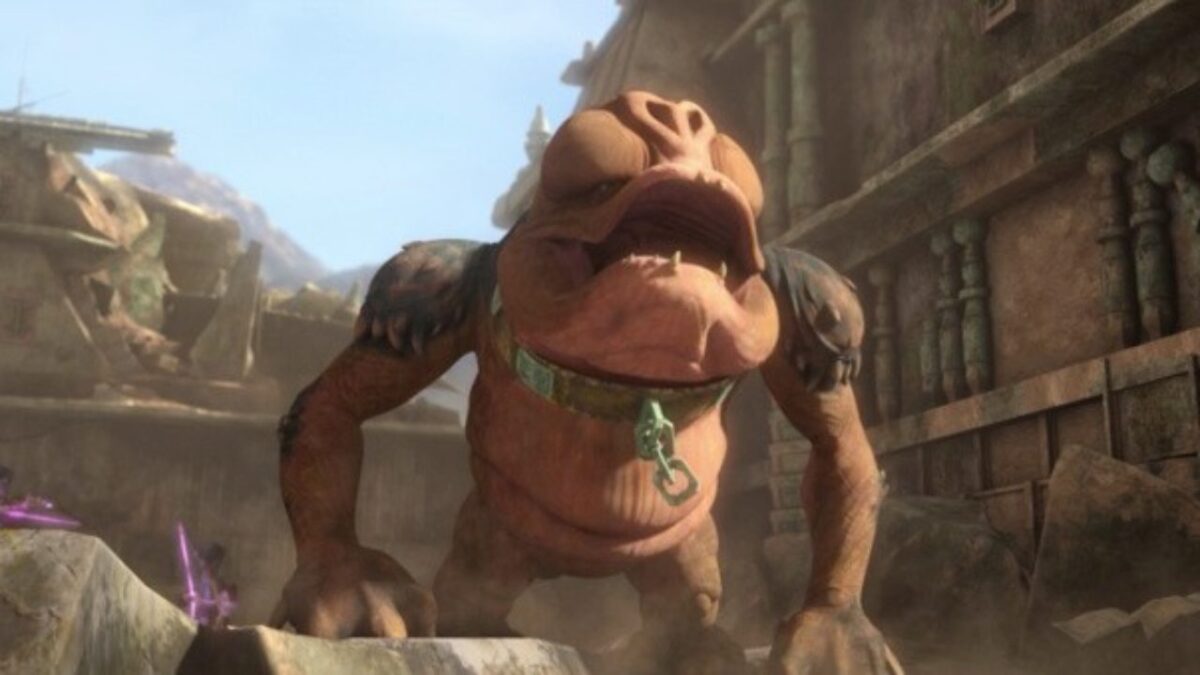 Star Wars: The Bad Batch is a wonderfully fun look at a group of clones and their journey to protect Omega. Affectionately referred to as “The Dad Batch,” the show has Hunter, Echo, Tech, and Wrecker exploring their relationship with Omega, a younger female clone, and how they are basically all her dads just trying to protect her. This last episode, they were searching for answers as to why they were being hunted by going to see Cid who sent them to rescue someone named “Muchi.” What we learned is that Muchi was not who the Batch thought she was and thus all our theories went a little wild.

BUT GOOD NEWS! The lovely little rancor that we met on the most recent episode of The Bad Batch doesn’t meet a gruesome end at Jabba’s Palace (at least, as far as we know). During the episode “Rampage,” the Batch had to go and try to save Muchi in order to get answers about Fenech Shand. They thought that Muchi was a small child that was a prisoner only to discover that she was, in fact, a rancor.

When they go to return her to Cid, they find Bib Fortuna waiting for answers about Muchi and happy to take her back to Jabba. So for many of us, our first reaction was that Muchi was the rancor we saw in Jabba’s possession in Return of the Jedi, which meant that we knew how she would meet her maker.

I myself thought that Muchi was the rancor that Luke had to fight off in Return of the Jedi, but I was wrong! That rancor was named Pateesa and was a male rancor. What does that mean for Muchi? Hopefully, she’s still around and living her best life on Tatooine. Maybe even Boba Fett and Fennec will get to see her in The Book of Boba Fett.

Whatever Muchi’s future is, we at least know that Star Wars: The Bad Batch was not giving us a random backstory for a rancor—not that I’d be mad about it. I like learning more about the lore and history that we saw in the original trilogy and how characters like Jabba the Hutt came into power or met with Han or, as in this case, got a rancor that he used to kill people. Muchi, though, seemed too sweet, so I’m happy to learn that rancor was Pateesa and not this good girl who was just scared to be away from Bib Fortuna.

At least we know that she’s not in danger of Luke Skywalker smashing her to bits with a door. Sorry, Pateesa. I’m sure you were fine, but you’re not this sweet girl named Muchi who was kept prisoner and had to be saved by the Bad Batch.