Training Dogs To Sniff Out Bacteria In Hospitals 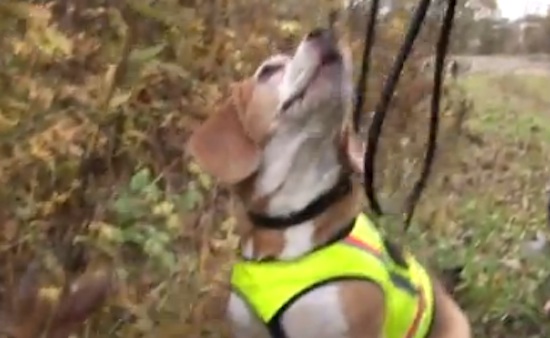 This is Cliff. He’s a two-year-old beagle who could become hospitals’ newest, cutest weapon against infections by the bacterium Clostridium difficille. Hospitals around the world are rife with contagious C. diff infections, which kill thousands and sicken many more every year, raising health care costs, increasing the length of hospital stays, and, most tragically, costing lives. Cliff’s highly sensitive nose, though, allows him to sniff out traces of the bacteria in patients’ stool samples faster than traditional lab techniques can. In time, an army of dogs like Cliff could improve hospitals’ ability to find C. diff infected patients and prevent them from spreading the disease to others while simultaneously making hospitals measurably more adorable than they are right now. You can see the world’s first bacteria sniffing canine in action below, courtesy of the British Medical Journal.

Cliff’s super-sensitive sniffer lets him detect C. diff in patients earlier than traditional lab tests, which can take up to a week to determine if an infection has taken root. By that time, the patient has been spreading the disease, and hospitals have a costly, dangerous problem on their hands. By speeding up identification of the disease, hospitals could not only stem its spread, but also get patients into treatment for the infection earlier, ideally increasing their odds of survival. Plus, look how adorable he is! If something has to be sniffing our poop in hospitals to ensure that we’re not passing along deadly stomach bacteria, we want it to be this little guy.