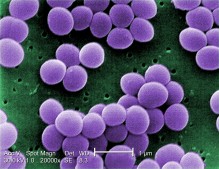 For a few patients suffering from a bacterial infection, antibiotics simply won’t cut it. Some bacteria have developed multidrug tolerance, a clever defense against the best weapons doctors have to fight them. But a new study published in the journal Nature has shown that by simply adding sugar to a drug regimen, even the most persistant bacteria can be killed off.

The crux of an assault on bacteria is that they, like organisms, must eat to survive. When antibiotics are introduced, the bacteria consume the drugs and eventually die off. But some more wily bacterial invaders have learned to shut down their metabolic processes when their breathern start to die off. During this time, they don’t eat or reproduce. It could be compared to bears hibernating through the winter. These so-called persisters can remain dormant for months until finally waking up to reproduce once again.

This is good news to for patients with persistent infections, like staph, urinary tract infections, strep throat, and even tuberculosis. Hopefully this simple sweet trick will be saving lives, and keep patients on the road to recovery.

(via i09, image via Wikipedia)