Things We Saw Today: Is This Baby Yoda Cereal the Stuff of Dreams or Nightmares? 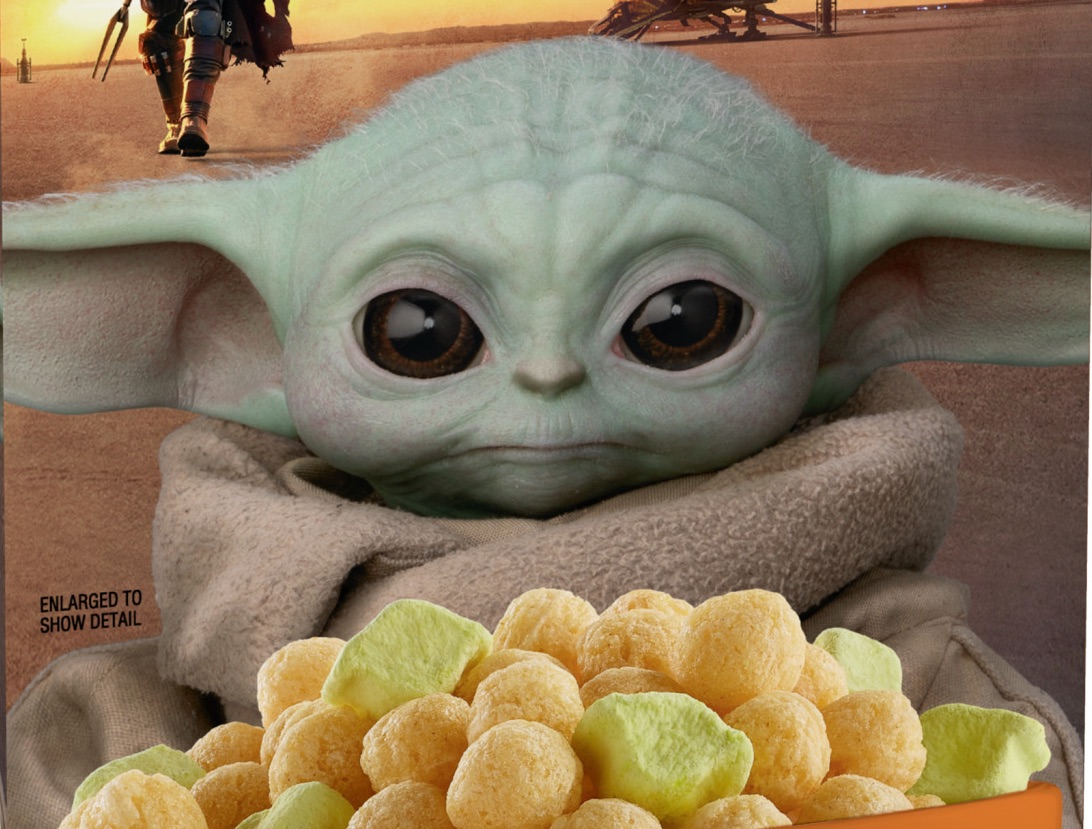 The Mandalorian whomst? Everyone knows that the breakout superstar of Disney+’s bounty hunter series is an extremely expensive, dangerously cute puppet who can kill you and gurgle sweetly thereafter. And soon you can feast upon breakfast cereal that’s sort of shaped like his face. We live in a time of wonders.

The forthcoming Baby Yoda (or “The Child” as exhausted Disney PR people no doubt want us to call him) cereal was first announced on Star Wars Day. Now General Mills has the box images to prove that your dream of crunching on Baby Yoda’s head is close to becoming a reality. Or, you know, if the idea rather unsettles you but you really love sugar and collecting Baby Yoda-branded merch. According to the press announcement I received:

You can pick up The Mandalorian-inspired cereal first at ALL Sam’s Club locations beginning in late-July, before it becomes available at Walmart stores in a single pack in mid-August. Sam’s Club will carry a box with two bags of the cereal for only $5.98.

Sam’s Club and Walmart distribution means that our friends overseas may be out of luck if they had hoped to be eating green. The cereal is mostly comprised of corn puffs and “fruity flavors,” but the magic really happens from the involvement of “marshmallow pieces shaped like the Child.” In a pinch, since this marshmallow piece is really only a greenish blob with elongated ears, you can also pretend like you are chomping on Old Yoda’s head if that makes you feel better.

I understand that this is a trying time for parents and anything that may provide a moment’s entertainment and distraction for your child over breakfast is a welcome thing. I’m not sure I could eat a milk-laden green marshmallow while those enormous saucer eyes stare back at me from the box, condemning me for every bite, but to each their own. Who doesn’t love the taste of an adorable deus ex machina in the morning? 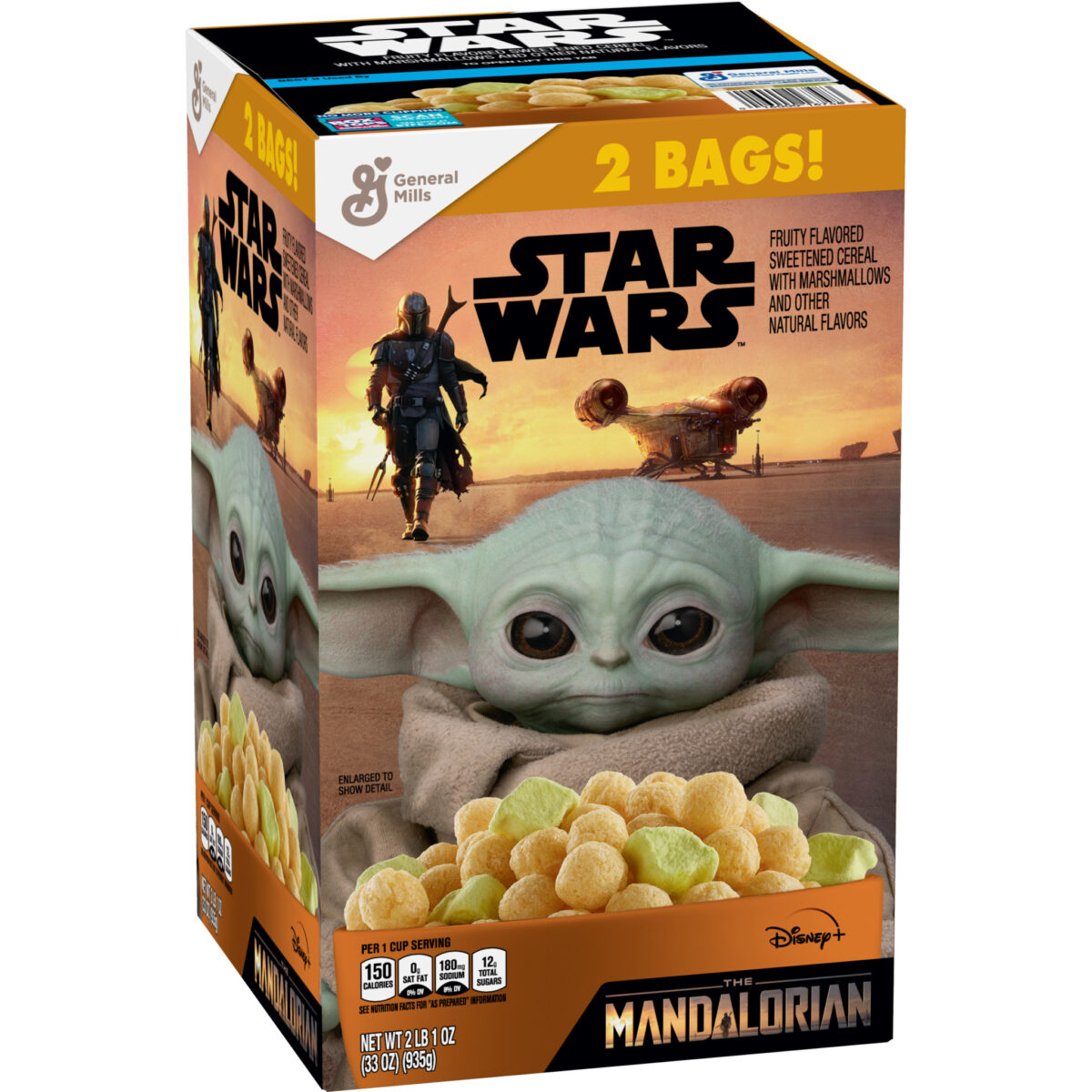 And in the spirit of icons for children both adorable and saucer-eyed and powerful enough to kill you: