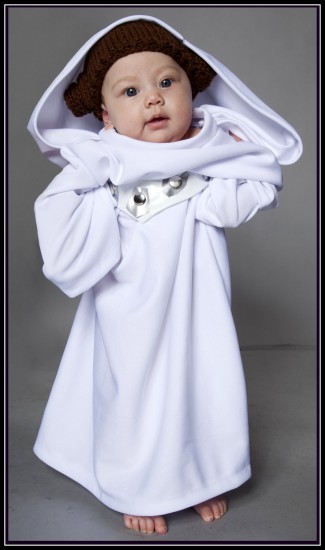 Geek-a-Bye Baby Clothing on Etsy calls this the most screen accurate Princess Leia costume you will find. I don’t know about that, but I do know that any Darth Vader cosplayer who would dress up the little one like this and then wear them in to con in a baby bjorn gets an automatic post on this site.