Thinking In A Foreign Language Helps You Make Rational Decisions 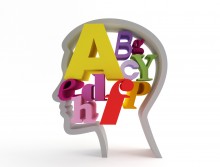 We all have to make tough decisions, and it’s never easy. According to a new study in Psychological Science, it can be a little easier if you know a second language, and think in that one when trying to make a rational decision. Along with your rational, fact-based thinking, there’s a sneaky side of your brain that pushes all kinds of emotional buttons regardless of what the facts may be. If you’re thinking a language other than the one you grew up with, however, that sneaky side has much less of an effect.

In order to explore this point, the study used a well-known behavioral economics scenario. In this scenario, you have to make a decision and some people are going to die. First, the scientists posed the question this way:

After that, the scientists tried a second way. Same question, different wording:

As you can see, this is the exact same scenario either way. The only difference is whether the wording focuses on those saved, or those who will die. Since it doesn’t change anything about the facts, it shouldn’t change anyone’s answers, should it? Well, it does. When a group of 121 American students learning Japanese were asked this question, 80% chose option A for the first question, but only 47% chose it for the second. When asked in Japanese, about 40% opted for option A in both cases. In other words, changing the language removed the emotional effects of the framing.

In a similar series of tests, where the questions involved job loss instead of death, groups of Korean students learning English and English speakers learning French illustrated the same effect: Pondering the question in a second language made the wording much less important.

What this means exactly is unclear. It could be that thinking in another, non-native language requires more concentration on the facts, leaving less room for emotional involvement. Likewise, it could just be a detachment from the less familiar words, rendering them less effective. Regardless of reason, this could prove to be a useful tool for anyone who has a second language under their belt. I imagine part of the trick is not to use it too often, however. If it became too natural, it might lose its effect. I’d give it a try myself, but “where is the bathroom” isn’t exactly a quandry, and that’s about where my foreign language prowess starts and stops.