These Fake Avengers Slip-On Shoes Are Based In Reality 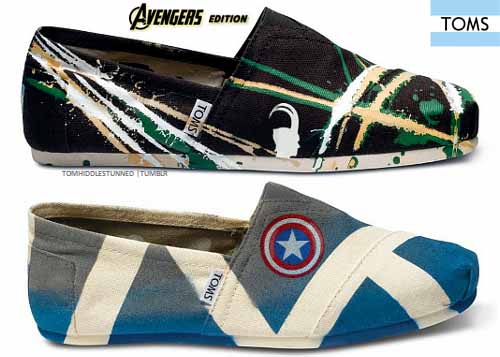 Tumblr user Tom Hiddlestunned (GREAT name!) mocked up these incredible Avengers TOMS shoe in Photoshop. I wish they were real. And judging by the number of people commenting on Tumblr (14,746 notes since yesterday) – many others agree. Hit the jump to see more!

The designs utilize TOMS shoes that are already in stock with added details like stitching, sewn on patches and painted stripes to symbolize each member of the Avengers team. I think we should all band together and demand that TOMS make these. What do you think?

From top to bottom, here’s the inspiration: 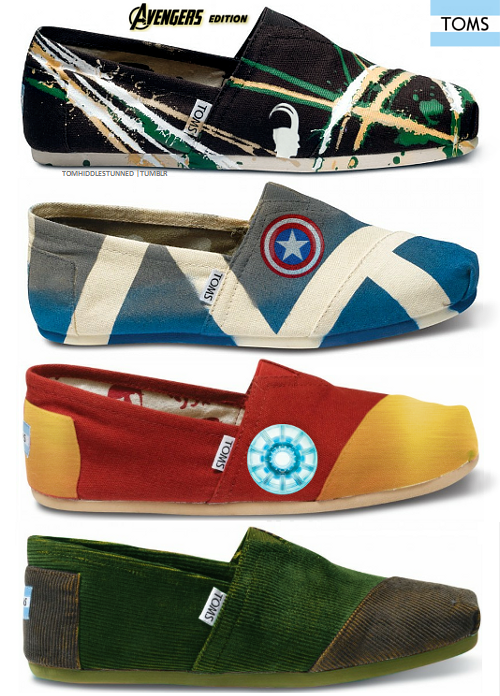 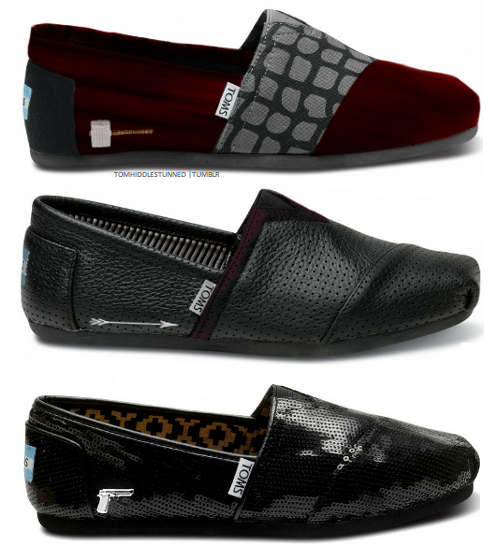 There’s no Nick Fury or Agent Coulson inspired designs, but I could see a pair of TOMS with an eye patch. Of course, it would have to be on the left shoe to accurately pay homage to Mr. Fury. What would you put on the Agent Coulson design? I think I would put a Bluetooth headset on a black pair.

For those who fancy themselves expert crafters, the Hawkeye and Black Widow designs might be easy to DIY with the TOMS leather and sequin shoes.

Elizabeth Giorgi is a writer and filmmaker from Minneapolis. She blogs about mixing life as a nerd with her career at beinggeekchic.com. In 2010, she was nominated for a Webby and won an Emmy for Science of Watchmen. Follow her on Twitter: @lizgiorgi