Join in My Conspiracy Theory That the Avengers: Endgame Leak Was Deliberate 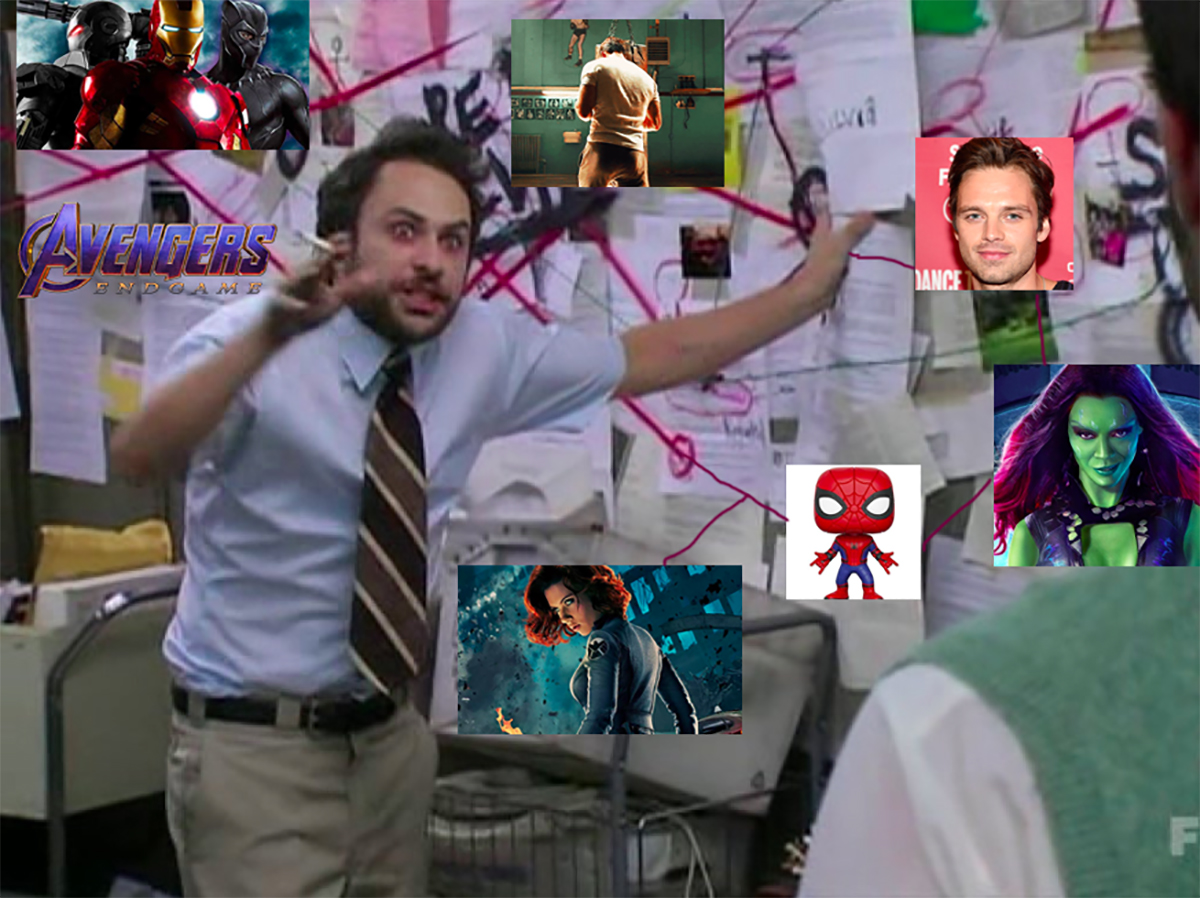 Ever find yourself literally being that picture of Charlie Day from It’s Always Sunny in Philidelphia? That’s me today with all this news about the Avengers: Endgame leak! It all started when word got around that a leak happened. I wrote about it, stopped to think it over, and then started to convince myself that maybe Marvel leaked the footage themselves so we would all be talking about it. (If so, nailed it.)

Here’s my thinking: Marvel filmed fake endings for this film, according to Mark Ruffalo, so what if this leak is just one of those? Ruffalo already spoiled one of those fake endings, so why not release this “leak” to throw fans off from any real leak? The reality is that we won’t know if it was real or not until we’re already watching the movie.

My conspiracy theory only grew when the hashtag #DontSpoilTheEndgame started to trend on Twitter without any real indication as to why, since there haven’t been any press screenings yet … just this rumored “leak” that’s going around Twitter and Reddit.

#DontSpoilTheEndgame has an Emoji. That means it’s serious. Don’t do it.

It got to the point, however, when the Russo brothers tweeted out their official letter, giving us the hashtag for this time around.

This is the second film in the MCU to have an official letter asking fans to not ruin the movie for others.

In a since-deleted tweet, the Russos had said #ThanosDemandsYourSilence for Infinity War, and now, this time around, they’re just asking that we do not spoil it for others—somewhat less threatening, though the United Fans of Marvel are honestly a bit more threatening with #AvengersDemandYourSilence because … whatever, Thanos, but the Avengers telling me not to spoil something? That has me quaking in my boots.

Look, I’m just tired. I tried to figure out what was what for the last hour and came out just shrugging because none of this makes any sense. How did fans get this footage? Isn’t it a big coincidence that #DontSpoilTheEndgame had its own emoji ready to go on the same day this leak went around?

Whether this leak was the work of Marvel or not, the lesson is to just not be an asshole. Don’t spoil the movie, kids!