He can't even protect fake spoilers. 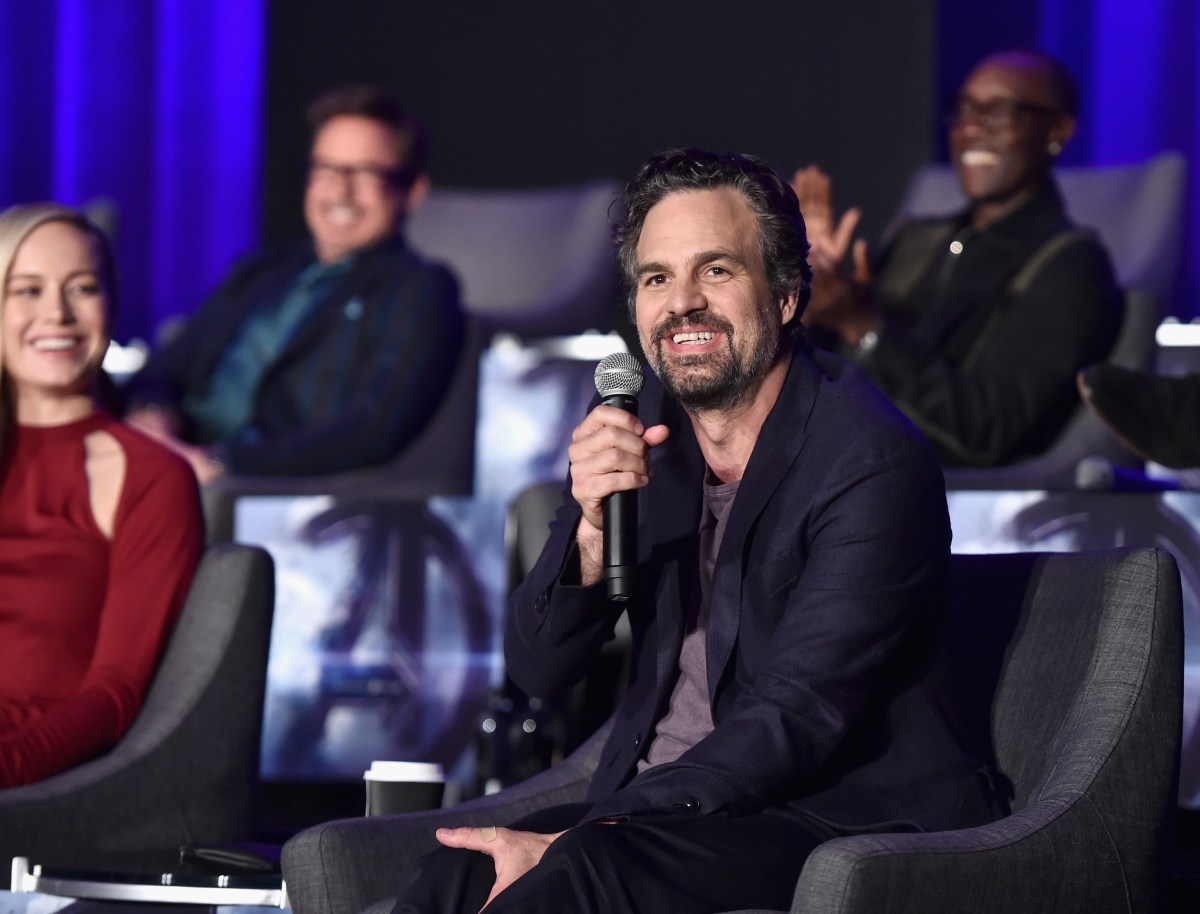 It seems as if Mark Ruffalo is back on his nonsense about spoiling things and then not realizing he’s done it. It is a time-honored Marvel tradition for our favorite actors to be talking about the movie and have to stop their fellow stars from spoiling something. If it isn’t Ruffalo, it’s Tom Holland or Sebastian Stan, all of them offhandedly mentioning something and not realizing what they’re doing.

So … is it surprising that Ruffalo is spoiling things for Avengers: Endgame? In an interview with E!, he sat down with costars Chris Evans and Karen Gillan and spilled the beans on just how many different endings they were given for the movie, and what they entailed.

“I shot, like, five different endings to this movie. I didn’t even get a whole script of this movie. I don’t know why. The script I did get had dummy scenes in it. He [pointing to Chris Evans] gets married in this!”

Is Ruffalo maybe lying about Cap getting married? Sure, but what’s interesting about it is that he points out that they film multiple endings, a rumor that fans had been bringing up ever since Infinity War. So does this mean that they actually did film multiple endings to confuse the actors and keep everything that much more hidden? Or is this just Ruffalo being charming for the sake of an interview?

We won’t really know until we’ve seen all of Avengers: Endgame, but the possibilites of who Steve would marry are endless. Will he go back in time and have that dance with Peggy Carter at their wedding? Would Bucky Barnes be his blushing bride? What about nuptials with none other than Sam Wilson himself? There’s Sharon Carter, Natasha Romanoff, Tony Stark … anyone, really! So if Ruffalo is pulling the ultimate stealth spoiler here, can we all get a bit of Steve Rogers love?

You can see the full interview here, and honestly, maybe what I’ll miss most about the MCU, after Tony Stark and Steve Rogers are through, is the press side of things. No more Chris Evans or Robert Downey Jr. press tours? That’s heartbreaking.