The Avengers: Age of Ultron Picks Up A Second Villain 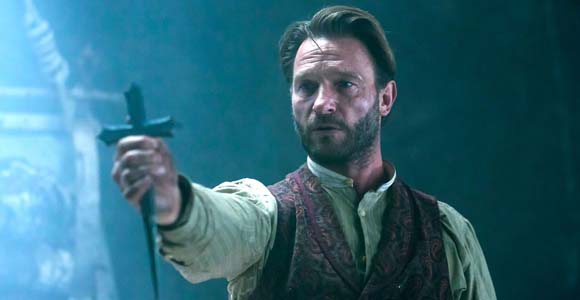 A superhero movie with only one bad guy? Don’t be silly! The latest news has one of the stars of NBC’s Dracula taking a prominent role in The Avengers sequel while Scarlett Johansson tells us what to expect from the Joss Whedon film.

The Hollywood Reporter says actor Thomas Kretschmann has signed on for a “major villain role” in The Avengers: Age of Ultron. He’s currently doing a run as Van Helsing on NBC’s Dracula (and coincidentally played Dracula in Dracula 3D) but you might recognize him from Wanted or Peter Jackson’s King Kong.

Considering James Spader is already set to play Ultron, who does that make Kretschmann? THR writes, “Sources say that Kretchmann will play Baron Wolfgang von Strucker, an antagonist for both Captain America (Chris Evans) and Nick Fury (Samuel L. Jackson). In the comics, the man was a Nazi officer who becomes one of the heads of HYDRA, a terrorist organization.” Sources are also saying the deal is for several films, which isn’t all that surprising.

Johansson, soon to reprise her Black Widow role in Captain America: The Winter Soldier, recently spoke with Parade Magazine about the Age of Ultron. She called the script “dark and dry,” and said it has an “amazing one-liner, glass-cutting sense of humor.”

“It doesn’t lose that exciting comic-book aspect that people enjoyed in the first film, but it’s smart and it feels like the next instalment. It doesn’t feel like a rehashing, it feels like these characters are moving forward, plot lines are moving forward,” she told them. “It’s deep and I think that’s why people really respond to the Marvel universe, because the films are fun and exciting and have all that flashy stuff, but there’s a gravity to them. People can expect that gravity this time around.”