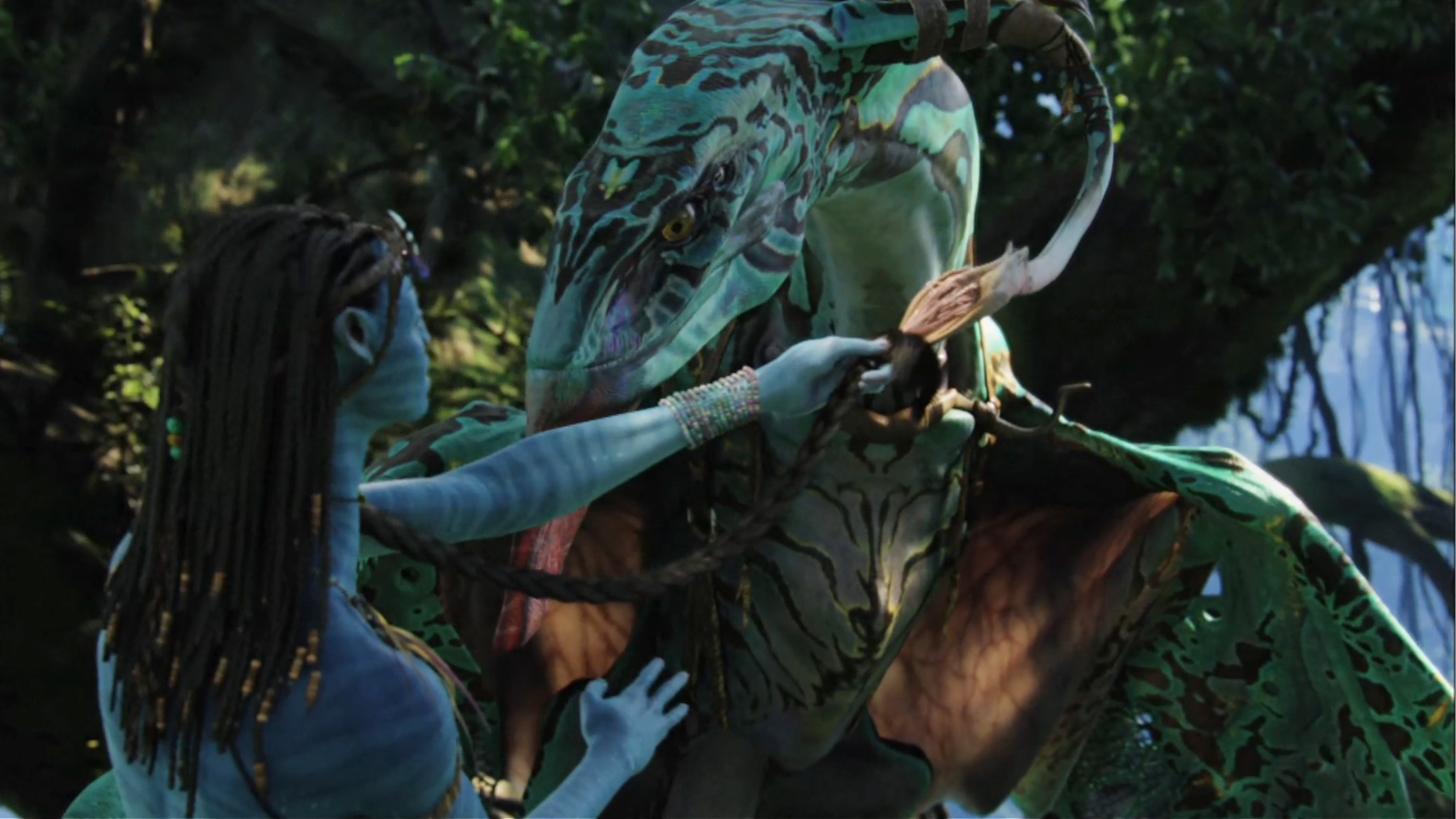 Movie Avatar, not cartoon Avatar. Ran and Shaw would’ve been too cool.

The ancient species in question is Ikrandraci avatar (“Ikran dragon from Avatar”), recently discovered in China. This flying reptile lived 120 million years ago, and did indeed bear a resemblance to the flying mounts ridden by the Na’vi in James Cameron’s 2009 film. Ikrandraci avatar sported a pelican-like throat pouch, as well as a crest extending down from the front of its lower jaw (much like the movie critters). This makes it an unusual member of the pterosaur family, as its cousins typically had crests on the top of their heads.

As far as wingspan goes, Ikrandraci avatar stretched about 8 feet (2.5 meters) from tip to tip. Judging by its physical features, it’s likely that this species lived near freshwater lakes, where it would skim along the surface, snapping up small fish. If dense paleontological reading is your jam, you can read the full paper at Scientific Reports.

Speaking with Reuters, paleontologist Xiaolin Wang noted that despite the similarity between Ikrandraci and its fictional eponym, “nobody and nothing can ride this pterosaur.” We can dream, though.