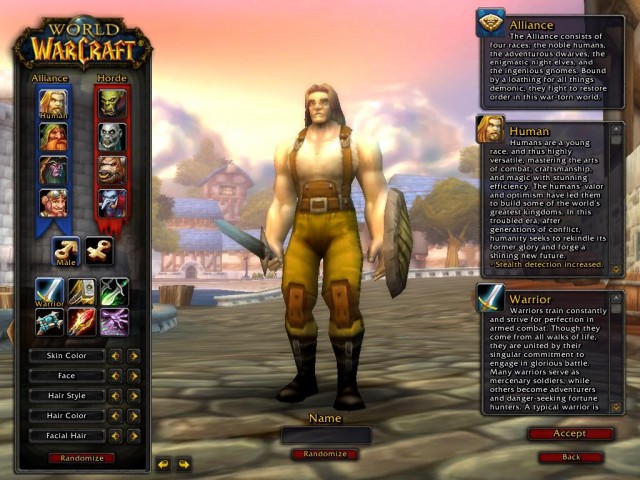 If game designers want us to really be able to relate to their characters, there may be one easy solution — let us design them ourselves. A new study being presented today at the Conference on Human Factors in Computing Systems suggests that designing your own digital avatar makes you more connected with it, a bond that can influence how you see and interact with the virtual landscape,  and makes the hardships that character experiences seem more real to its controller.

In the real world, studies have shown that wearing a backpack on a hike makes everything seem more difficult. You’ll guess that you’ve walked more miles than you really have, for example, and overestimate the height of any mountains or hills you may have come across. This study shows that the same rules may apply to your perceptions of the digital world. Test subjects whose toon was wearing a visible backpack were likely to perceive a mountain in the digital landscape as higher and steeper than it actually was, and assumed it would take more effort to climb it.

Sometimes, that is. It turns out, the participants who overestimated the height of digital mountains were those who had ben allowed to design their own avatars. Testers who were assigned random avatars had more realistic expectations of how high the hills were, suggesting that designing an avatar from scratch offers players a more intimate connection with their digital alter ego. That stronger connection, it seems, can influence player perceptions not just of their character, but of the space their character exists in.

According to Penn State professor S. Shyam Sundar, who worked on the study of just over 100 participants:

“You exert more of your agency through an avatar when you design it yourself. Your identity mixes in with the identity of that avatar and, as a result, your visual perception of the virtual environment is colored by the physical resources of your avatar.”

While the implications for game design are obvious — letting people design or modify their character leaves them feeling more connected to that character — this work could have other applications for electronic training or rehabilitation simulations. Soldiers using virtual reality training scenarios,  for instance, could be more invested in exercises if they’re allowed to customize their own avatar beforehand.