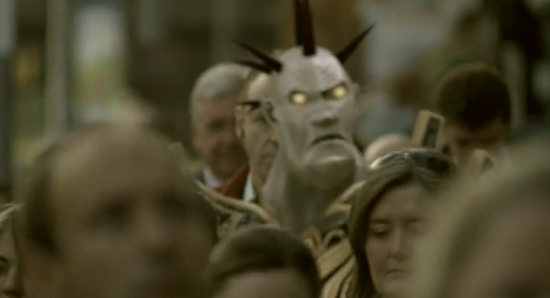 In a surprisingly affecting short film called “Avatar Days,” digital artist Gavin Kelly examines the relationship between World of Warcraft players and their online personas. According to Kelly, the WoW players who venture through a grey and haunted Dublin in the guise of their in-game avatars aren’t actors: “they were﻿ actual WoW players asked to take part from a message board,” which adds to the emotional impact beneath what could have just been a gimmicky CGI horrorshow.

Check out the full four-minute film below.

You can see more of Kelly’s work at his blog. Also, be sure to check out the work of the talented folks at Piranha Bar who contributed to the video.