Ava DuVernay Being Courted for EVERY FILM | The Mary Sue

Ava DuVernay Being Courted for EVERYTHING, Including Film Version of A Wrinkle in Time 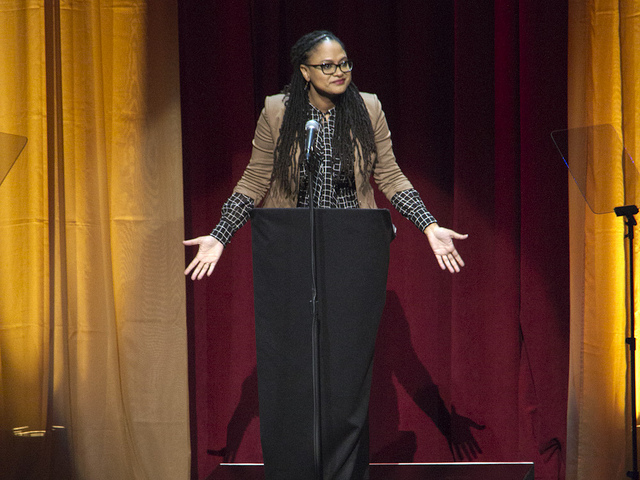 DuVernay is currently being courted to direct Disney’s adaptation of Madeleine L’Engle’s A Wrinkle in Time, the classic YA novel about a young girl whose scientist father goes missing while doing government work on a mysterious project called a tesseract that involves traveling to a fifth dimension. Disney’s film version also has a female screenwriter in Frozen‘s writer and co-director, Jennifer Lee. I would love to see DuVernay take this on!

Perhaps even more awesome, if only because of context, is that DuVernay is also being wooed to direct a script by Colin Treverrow called Intelligent Life, a sci-fi story about a U.N. worker in a department of people designed to represent mankind should we ever meet aliens. Of course, this particular person meets an alien.

The pursuit of DuVernay for this particular project is particularly sweet, especially in light of past comments by Treverrow, saying that women don’t direct more action movies, because they’re not really that interested. (To which we replied, HA!) Hopefully, this is an indicator that he, as well as film studio folks, realize that women are interested in all sorts of projects, and that asking makes way more sense than assuming.

So, which of these projects would you like to see DuVernay tackle the most? Or, are you like me and hope that she’ll be able to do both? Tell us in the comments below!

(via The Playlist, image via WBEZ/Flickr)