This? Oh, It’s Nothing. Just the Aurora Australis Over Antarctica With The Milky Way

Despite Google bringing the South Pole to your computer, there are some sights that have to be witnessed first hand to really be appreciated. Such is likely the case for this picture, taken outside the Concordia base in Antarctica. In the bitter, freezing night, the southern lights — aurora australis — put on an incredible show with the Milky Way.

Thanks to a Coronal Mass Ejection last week, the Earth has been bombarded with charged particles that light up the sky near the poles. Far, far from the lights of any city, Antarctica is a pretty prime location for making astronomical observations. Such was the case yesterday, when Dr. Alexander Kumar and his colleague Erick Bondoux took this astonishing picture you see here.

So moving was the sight that Daniel, a contributor to the Concordia blog, wrote:

A raw display of one of nature’s most incredible sights dazzled our crew. The wind died down and life became still. To me, it was if Heaven had opened its windows and a teardrop had fallen from high above our station, breaking the dark lonely polar night.

We managed to snap a few photos before Heaven realised its mistake and closed its doors.

The universe is a beautiful place. 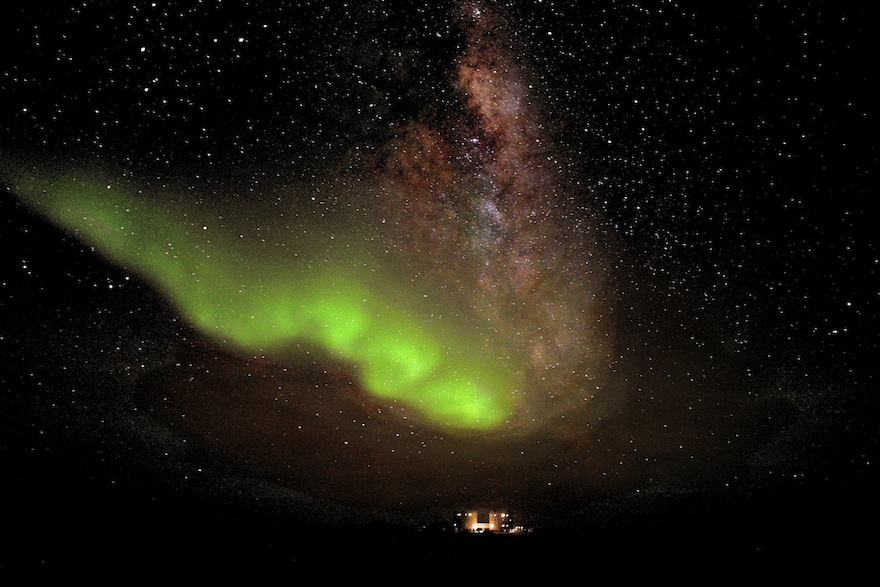 (Chronicles from Concordia via Universe Today)