Photo From Apollo 17 Shows Insignificance of Humanity | The Mary Sue

This Picture From Apollo 17 Will Make You Feel Insignificant

Hey, how’s it goin’? Feelin’ like you accomplished something with your life? Good job, good education, good prospects. That’s nice. That’s real nice. See why nothing you do with your life will ever matter, after the break.

This stunning photo, taken during the Apollo 17 mission in December of 1972, shows astronaut Harrison Schmitt on the lip of the Shorty Crater. The mission, which spent a little over three days on the Moon, returned back with the most moonrocks of any expedition — 110 kilograms. And before the tin foil hat convention says anything, the image was taken by fellow astronaut Eugene Cernan, who remain the last two humans to walk on the moon.

Though the desolation of the Moon with the bright white-suited spaceman is always inspiring, I can’t help but notice the staggering smallness of Schmitt in this image. He accomplished more than most humans — going so far as to set foot off the Earth — and he is still a teeny-tiny spec on a grey and black infinity. 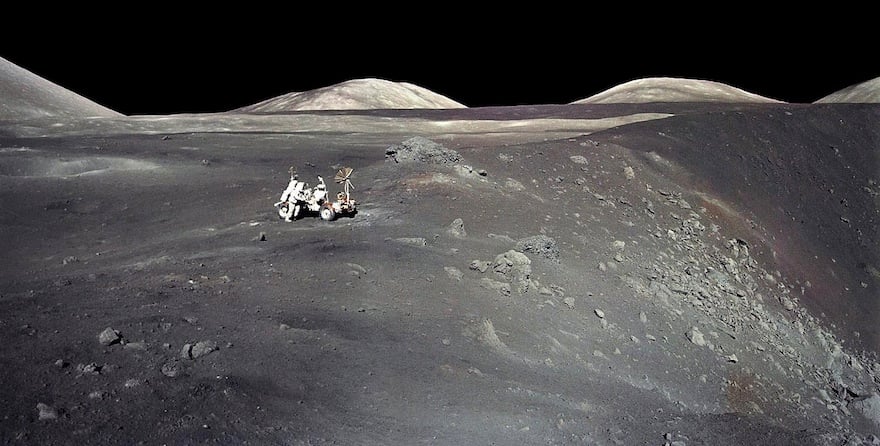