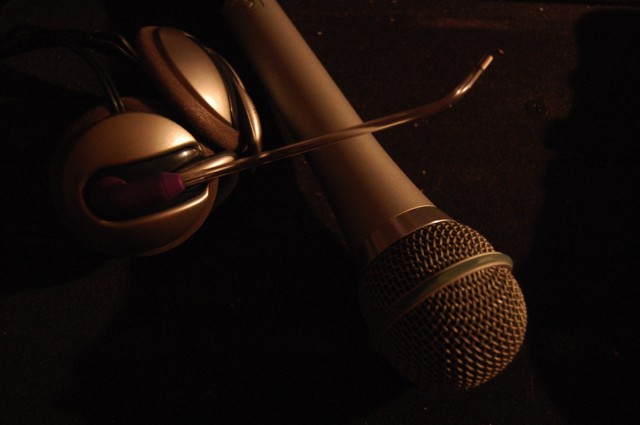 If malware that can infect your computer through its speakers sounds like some kind of horrible nightmare, that’s the appropriate reaction and demonstrates that your brain is functioning normally. However, it’s probably a good thing that science discovered it, because there’s a possibility that it’s already circulating.

Sure, the Internet already has plenty of audio annoyances, but this new concept uses high frequency sound, so you won’t even be able to hear that your computers are whispering to each other (which we are suddenly paranoid that they’re already doing). It’s capable of transmitting small amounts of data such as passwords and keystrokes to and from computers with absolutely no network connection, according to the researchers working on the technology at Germany’s Fraunhofer Institute for Communication, Information Processing, and Ergonomics.

It can even set up impromptu audio networks between computers to send data farther than the approximately 65-foot range of the originating signal. The data speeds are only suitable for sending small amounts of information, so you don’t have to worry that your entire hard drive is going to be downloaded, but that’s hardly comforting when your computer can secretly communicate with any nearby machine as long as they’re both powered on.

The technology isn’t actually anything new, either. The most successful method the researchers implemented was based an existing technology for underwater acoustic communication called the Adaptive Communications System. On top of that, the new research also confirms the potential truth of claims made by Dragos Ruiu, a software developer who has been plagued by a very resilient piece of malware, that the “BadBIOS” malware he’s currently battling is already using this high frequency audio communication technique.

Ruiu must have thought he was losing his mind when he ripped all of the network and communications hardware out of his computer, installed his software from scratch, powered it on, and still found that the BadBIOS bug managed to make its way onto the machine shortly after booting. If you want a bunch of paranoia fuel (justified though it may be), he’s made several posts about BadBIOS on his Facebook page that make it sound like a nearly unstoppable software plague.

We now have software that can replicate itself across pretty much any attempt at isolating a computer from such attacks and allow computers to talk to each other as freely as people do. Good luck getting to sleep tonight while imagining that your computers are whispering to each other at frequencies you can’t hear, because that absolutely sounds like how the machine uprising begins.

(via Engadget and Ars Technica, image via Gunnar Wrobel)