Invite to Cannes Party Calls for ‘Attractive Females Only’, Is Gross in Pretty Much Every Way 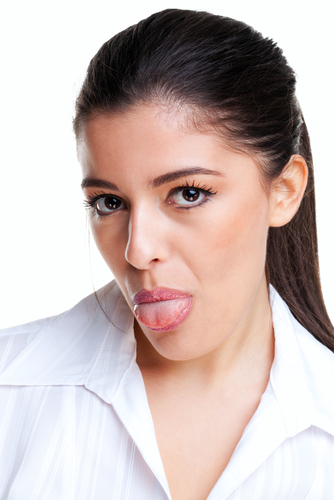 Yesterday, attendees at the Cannes Lions International Festival of Creativity hoping to get into an event called “The Wednesday Party,” cosponsored by VaynerMedia and Thrillist, received a highly objectionable email. The email invite stipulated that it was for “attractive females and models only,” and that all women interested in attending would need to submit photos ahead of time for review.

Three female executives told AdWeek that they received the email; one of those women also forwarded the release on to Cindy Gallop. Gallop, a veteran ad executive involved with #changetheratio, a movement advocating for gender parity in the workforce, shared an image of the gross copy on Twitter.

VaynerMedia CEO and co-founder Gary Vayner responded quickly to Gallop’s tweet, recording a series of videos in which he expressed mortification over the email and accepted responsibility for its wording despite apparently being surprised by the content, saying “any production teams or people you work with you hire at your fault, so I’m really upset.”

Although Lerer could have demonstrated a little more concern over the Thrillist brand being associated with such a gratingly misogynist email, it seems like neither Thrillist nor VaynerMedia intended for the Wednesday Party to be represented in this light.

Still, this snafu is an indicator of the sexist attitudes women in male-dominated fields, whether they work in advertising or tech or gaming or film, face all the time. Working in those industries often requires women to contend with the assumption that we’re just there as window dressing, to smile and persevere in the face of a fratty, boys club atmosphere.

The Mary Sue reached out to Gary Vaynerchuk specifically as well as VaynerMedia and Thrillist, but have yet to hear back. Vaynerchuk did speak with The Mary Sue’s sister site Mediaite, and explained that VaynerMedia had hired a third-party French production company local to Cannes. According to VaynerMedia, the email was sent by “some promotion guy” unconnected to either VaynerMedia or Thrillist. AdWeek reports that the email itself was sent by events company iGetIn.

“Unfortunately, we did not have visibility into what was sent and obviously if you can imagine, we’re completely gutted by the fact that that happened at all because it is not at all representative of who we are, how we operate. We’re looking very hard at what happened here and are going to be working through solutions and better ways of going about these things to ensure it never happens again.”