And he gave the most hypocritical excuse imaginable. 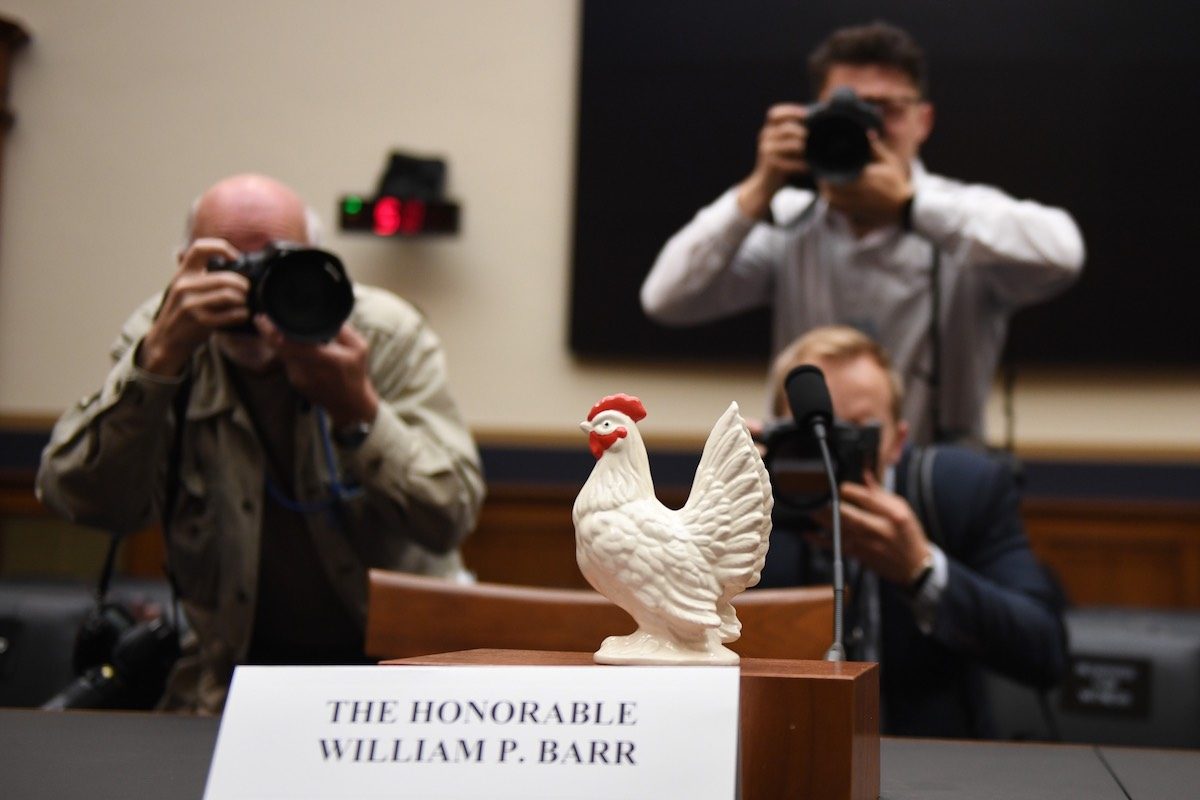 Attorney General William Barr testified in front of the Senate Judiciary Committee yesterday and it was, I’d guess, not his favorite day. Democrats grilled him on the newly leaked letter from Robert Mueller, harshly criticizing his inaccurate summary of Mueller’s report. A number of Democrats signed a letter calling for an investigation into Barr’s handling of that report. Then he was a no-show before the House Judiciary Committee on Thursday.

Sen. Mazie Hirono told Barr “The American people know that you are no different from Rudy Giuliani or Kellyanne Conway or any of the other people who sacrificed their once-decent reputation for the grifter and liar who sits in the Oval Office.” Sen. Kamala Harris got Barr to admit that he didn’t even look at the “underlying evidence” of the report before declaring it exonerated Trump of wrongdoing.

Today, Barr was scheduled to testify in front of the House Judiciary Committee and rather than face another day getting raked over the congressional coals, he simply chose not to show up. The reason he gave was not lingering embarrassment or hurt feelings from yesterday, but an objection to the committee’s plan to use a staff attorney for questioning following when the committee members’ own times were up.

We know that the modern Republican Party is built on a foundation of hypocrisy and selectively short memories (*coughMerrickGarlandcough*) but this is ridiculous, as the country collectively remembered back to a whole seven months ago, when Republicans used outside counsel to question Dr. Christine Blasey Ford during her congressional hearing.

Christine Blasey Ford subjected herself to Lindsey Graham’s histrionics and answered questions from a lawyer handpicked to keep the GOP from getting its hands dirty, but tell me more about poor maligned no-show William Barr.

Remember: the thing Barr was too scared to do today (answer questions from outside counsel) is the same thing Christine Blasey Ford was brave enough to do last fall

I am old enough to remember when Republicans on the Senate Judiciary Committee brought in outside counsel Rachel Mitchell to question Christine Blasey Ford during the Kavanaugh hearings because they were all dudes. That was “pretty pathetic.” https://t.co/sV2hohDo2r

as William Barr refuses to show up because he’s afraid of lawyers asking him questions about his lies to the American people.

On the one hand, we have to remember that Christine Blasey Ford is a real person, not a mere symbol of Republican hypocrisy. But if she didn’t get to see justice after her own congressional hearing, it’s satisfying to at least know that the GOP will never be allowed to forget her.

As for the House Democrats, they spent today mocking Barr with props.

Democratic Rep. Steve Cohen, who brought a ceramic chicken and ate from a bucket of KFC during the House Judiciary hearing, says “‘Chicken Barr’ should have shown up today and answered questions” https://t.co/PVMpCmTID2 pic.twitter.com/7sOgTV2yBz

Which is cute and all but cute isn’t exactly what we need right now. This is more serious than a chicken gag.

Attorney General Barr’s decision to mislead the public in his testimony to Congress was not a technicality — it was a crime.

Does that mean Democrats are actually going to do something about that crime? Hopefully. Rep. Jerry Nadler, the committee chairman, has threatened to hold Barr in contempt “if he stalls [in complying with a subpoena for Mueller’s unredacted report] or fails to negotiate in good faith.”

Failing to show up at all doesn’t exactly scream “good faith.”