About that whole "no collusion" thing ... 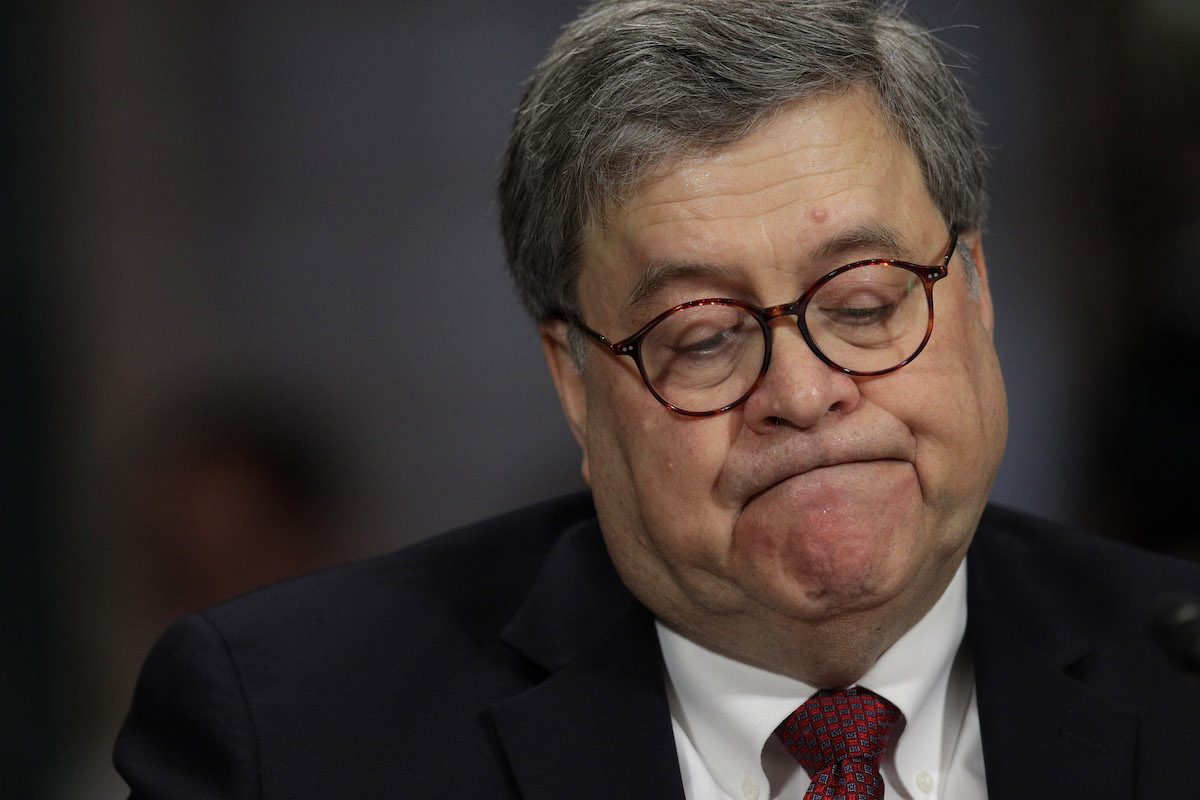 Special Counsel Robert Mueller has remained awfully quiet since he sent his long-awaited report to Attorney General William Barr, who then, in turn, summarized that report as, essentially, Nothing to see here! Move along! However, it appears we haven’t even begun to hear the full story.

It was pretty clear that that summary wasn’t the complete picture, an inkling that was confirmed when Barr then released a heavily redacted version of the full report to the public. But why wasn’t Mueller defending his work?

It turns out he was, albeit in private. According to the Washington Post, after Barr released his short summary stating there was—to use Donald Trump’s favorite phrase—no collusion and probably no obstruction, Mueller sent Barr a letter basically saying,

Mueller’s letter to the Justice Department said that Barr’s brief summary “did not fully capture the context, nature, and substance of this office’s work and conclusions.” Because of that, he wrote, “There is now public confusion about critical aspects of the results of our investigation. This threatens to undermine a central purpose for which the Department appointed the Special Counsel: to assure full public confidence in the outcome of the investigations.”

Mueller urged the department to release his original introductions and executive summaries of his report and to do so immediately. Doing so, he wrote, would “alleviate the misunderstandings that have arisen.” That wording is cordial and professional but the meaning is clear: Barr effed up (on purpose) and Mueller is pissed.

Here is Mueller’s full March 27 letter to Bill Barr—it’s actually the SECOND letter Mueller sent, following one on March 25, the day after Barr released his 4page memo. Mueller asked Barr to release the intro and summary enclosed in each volume of the report. Barr decided not to. pic.twitter.com/oznbYEK5Sl

According to the Washington Post, Justice Department officials were “taken aback” by Mueller’s tone.

Until now, many of us had been wondering why Mueller didn’t offer his own summary of his report, and why he refused to make a definitive statement as to whether or not Trump committed a crime, especially knowing Barr’s extreme bias on the matter. But now we know that Mueller did offer summaries, which, from the sound of it, he fully expected to see Barr release to the public.

As I write this, Barr is testifying in front of the Senate Judiciary Committee and I imagine we’ll have some updates on that later. Leading up to the testimony, Donald Trump went on a Twitter rampage.

NO COLLUSION, NO OBSTRUCTION. Besides, how can you have Obstruction when not only was there No Collusion (by Trump), but the bad actions were done by the “other” side? The greatest con-job in the history of American Politics!

“No President in history has endured such vicious personal attacks by political opponents. Still, the President’s record is unparalleled.” @LouDobbs

Why didn’t President Obama do something about Russia in September (before November Election) when told by the FBI? He did NOTHING, and had no intention of doing anything!

There are plenty more like that. He also retweeted a few dozen comments from random people regarding the firefighters’ union and Joe Biden.

Trump has retweeted 60 tweets in the past 18 minutes, nearly all of them in response to Joe Biden’s endorsement by the firefighters union. To my knowledge, we’ve never seen him retweet this many people in such a short period of time.

Buckle in, everybody. It’s going to be a day.