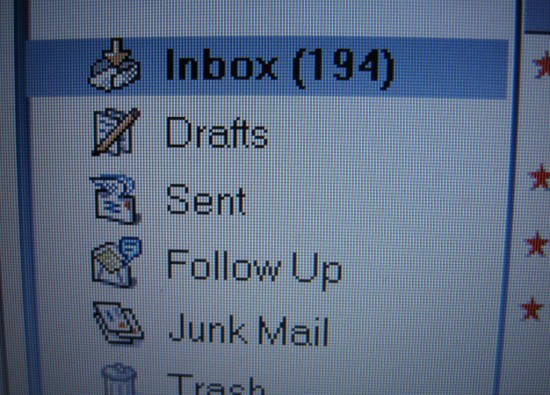 Email, the defining technology of the early Internet boon, is apparently approaching obsolescence. At least that’s the thinking at French information technology firm Atos which has instituted a new “zero email” policy for internal communications. Over the course of 18 months, the company plans to ween all its employees from communicating via email, placing emphasis on instant messaging and other forms of electronic communication. Whether or not Atos employees will be forced to actually talk to one another is still unclear.

According to ABC, the move was spearheaded by CEO Thierry Breton as a response to a glut of questionably useful communications. Breton is quoted as saying:

“We are producing data on a massive scale that is fast polluting our working environments and also encroaching into our personal lives,” he said in a statement when first announcing the policy in Feburary. “At [Atos] we are taking action now to reverse this trend, just as organizations took measures to reduce environmental pollution after the industrial revolution.”

Keep in mind, this email ban only applies to internal communications which apparently have dropped 20% since the program was instituted six months ago. In the place of email is a focus on more immediate forms of communication and collaborative information sharing. The company has apparently established a Wiki for storing and sharing information, as well as a system for sharing documents and applications — presumably something along the lines of Google’s cloud based office suite.

The email situation at Atos had apparently gotten quite out of hand, with middle managers reporting that they spent 25% of their time searching emails for specific information. By Breton’s reckoning, of the 200 emails his employees receive per day approximately 10% are actually useful and 18% of them are some form of spam. This leaves 72% in an amorphous position of being non-useful non-spam. If you’ve ever worked in an office environment, you know what these are like: One word responses to complex questions, evasive answers, non-committal replies that tell you nothing.

Taken in that context, Atos decision to ban email may be a little like rearranging the deck chairs. If 72% of emails are content poor, perhaps the same potential gains could be made simply by encouraging staff to send better emails and be more communicative. However, doing so wouldn’t have generated pretty numbers like that 20% drop in overall email traffic. And perhaps the company figured that forcing employees to communicate in a new way might be easier than fostering improvement in the actual content of their communications.

While fewer useless emails does sound like a good thing, one wonders if future polls will find that a comparable amount of IM discussion prove to fall into that same non-useful non-spam category.

(ABC via Techmeme, image via Jeff)