It's fun to see as long as it continues to stay far, far away. 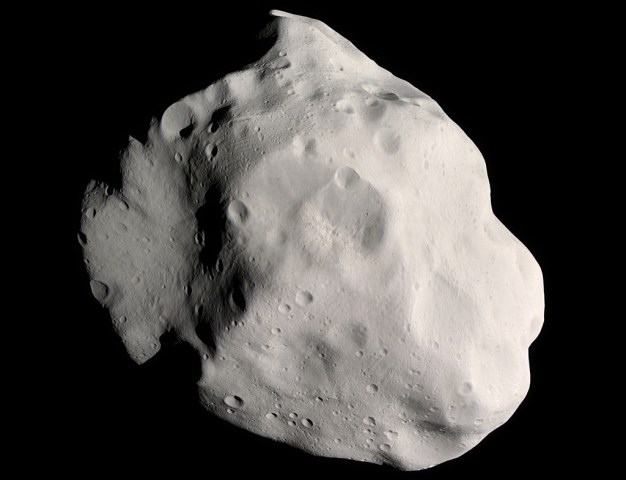 An asteroid called Erigone is going to give New York City and its surrounding areas a pretty good show on Thursday. No, it’s not going to smash into us, which is for the best when you consider that it’s about 42 miles wide. It’s going to blot a bright star out of the sky for about ten seconds, which you won’t even need a telescope to see.

You can see exactly where the asteroid’s shadow will pass over eastern North America in the map below that includes times (in GMT, so you’ll probably want to convert that to eastern time), so you’ll know exactly when to look and how long it should last:

Erigone will occult the star Regulus, which is the brightest star in the constellation Leo, just a bit after 2:00AM ET. Regulus will be located in the southwestern sky about half way up from the horizon if you don’t mind staying up until 2 or you have some kind of insomnia problem. It’s not often you get to look up and see a giant rock literally blot such a bright star out of the sky.

That is, if you don’t count the moon.

If you’d like to help science out in understanding the path of Erigone and in collecting data on asteroid trajectories in general, there’s a free app called Occultation that you can get for your iPhone, and you can use it to submit data on exactly when the occultation took place from your point of view (instructions here).

There’s still a little margin of error in the path that you can help iron out for the future, and I think we can all agree we’d like to improve our ability to predict where giant chunks of rocky death are going to be at any given time.

(via New Scientist, image via ESA)