Yesterday’s Asteroid Wasn’t Alone, Another One to Buzz Us Much Closer Today

It's still not dangerous, but a drinking game based on new asteroid discoveries might be. 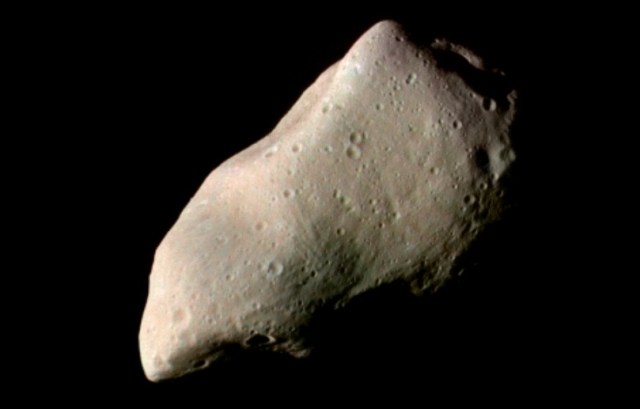 Yesterday, a 100 foot-wide asteroid flew by Earth slightly closer than the moon at 217,000 miles away. It turns out it wasn’t alone, though, and an asteroid about the size of a bus will hurtle by today. It might be much smaller, but today’s asteroid, 2014 EC, will be 1/6 of that distance at only 34,000 miles away. The universe’s aim is improving.

That’s still a pretty safe distance even though it’s pretty close in astronomical terms. It should make for a fun show, though, and we’ll have the live stream of its passing right here when we get closer to the asteroid’s 2:30PM EST arrival time.

What’s important to remember during these asteroid flybys is that, even if one of them did make contact with the Earth, it’d have to be pretty big to be of real concern. The meteor that hit Russia last year (which I like to use for comparison, since it gives us a good idea of what to expect) was about 65 feet in diameter, and our atmosphere kept us almost entirely protected aside from some unlucky people who were injured when the windows they were watching through shattered.

While yesterday’s asteroid was a bit larger than that, today’s is about half the size at 33 feet in diameter, so even if it came close enough, it would likely break up in the atmosphere without hurting anybody.

Still, it’s great that we’re getting better at detecting such small objects flying towards us through space. If these smaller, non-threatening events can be predicted ahead of time, we’ll likely have a lot of warning if there ever is a serious threat to our safety. That way, we’ll have plenty of time to get our Aerosmith defense system together.