An Asteroid The Size Of A Bus Came Closer To Earth Than The Moon This Morning, But It’s Cool

Don't worry, NASA's known about it for ages. Like, four whole days. 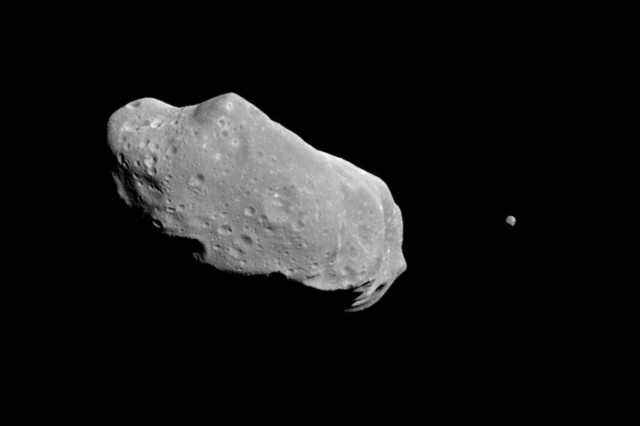 So here’s a fun fact: while you were sleeping last night, you had a near-death experience. Yes, you – and everyone else on this lovely planet. In the wee hours of the morning, a pretty sizeable asteroid soared by the Earth, just missing it. But we’re okay. For now.

At 4:13am EDT, asteroid 2014 HL129 essentially side-swiped the Earth, coming within 186,000 miles of our planet. For reference, the moon is 238,855 miles away. Which means the asteroid was much, much closer to us than the moon will ever be. And the moon is pretty damn close. Like, we-sent-people-there-in-the-’60s close.

Oh, and why is it called “2014 HL129?” It’s because we pretty much just discovered that this asteroid exists. Yep, a rock that NASA’s Asteroid Watch says was about 25 feet wide (approximately the size of a bus) and came within space-moments of smacking our planet around was completely unknown until April 28th. Four days ago. But no big deal guys, no need to panic. We’re fine.

Just know planet-wide destruction could be under a week away and we could have no idea. Neato.

(via Space.com, image via NASA APPEL)