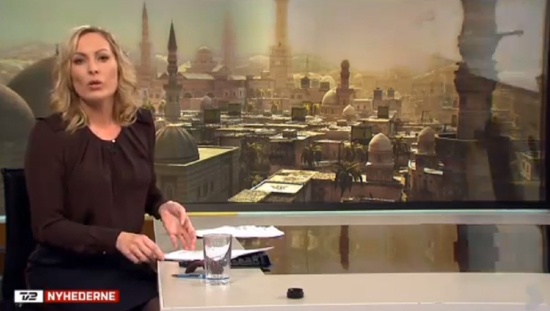 Searching the web for the right image can be tricky. We at Geekosystem know this well. You can’t just grab what you want willy-nilly without a little bit of fact checking. But if you’re a TV news station, you should probably be extra careful. Danish channel TV2 made the mistake of displaying a screenshot from Assassin’s Creed under the assumption they were a showing a current view of war-torn Syria.

News anchor Cecilie Beck was the unfortunate victim, as she presented a story about the conflict in Syria against an eerie backdrop of 1191 Damascus — which is where much of the first Assassin’s Creed takes place. Jacobe Nybroe, head of TV2, of course apologized, given the very grim situation in the very real Syria, and insisted they would take measures to prevent such a mistake again.

The image had been taken from YouTube, and was — somehow — believed to be a legitimate image of present-day Damascus. Those darned video games are just getting too darned realistic for reality to handle.  But hey, everyone goofs, so we should just laugh and then we should move on. I’m hoping the Assassin’s Creed artists, at least, are flattered by the error.

So let’s be careful, TV newspeople! If we see this sort of confusion again, let’s at least hope the scenario is more pleasant. 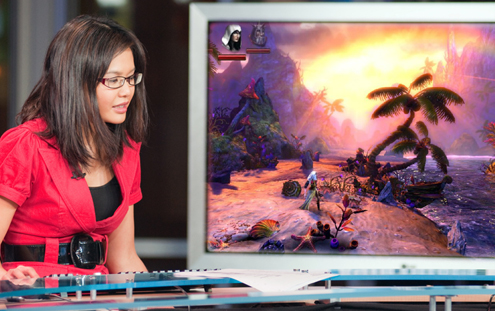 (via DailyMail via Buzzfeed, images courtesy of YouTube from TV2 and from Trine2, and Justine Ma on Flickr,)