It's Olympics opening weekend, so here are our sporty faves. 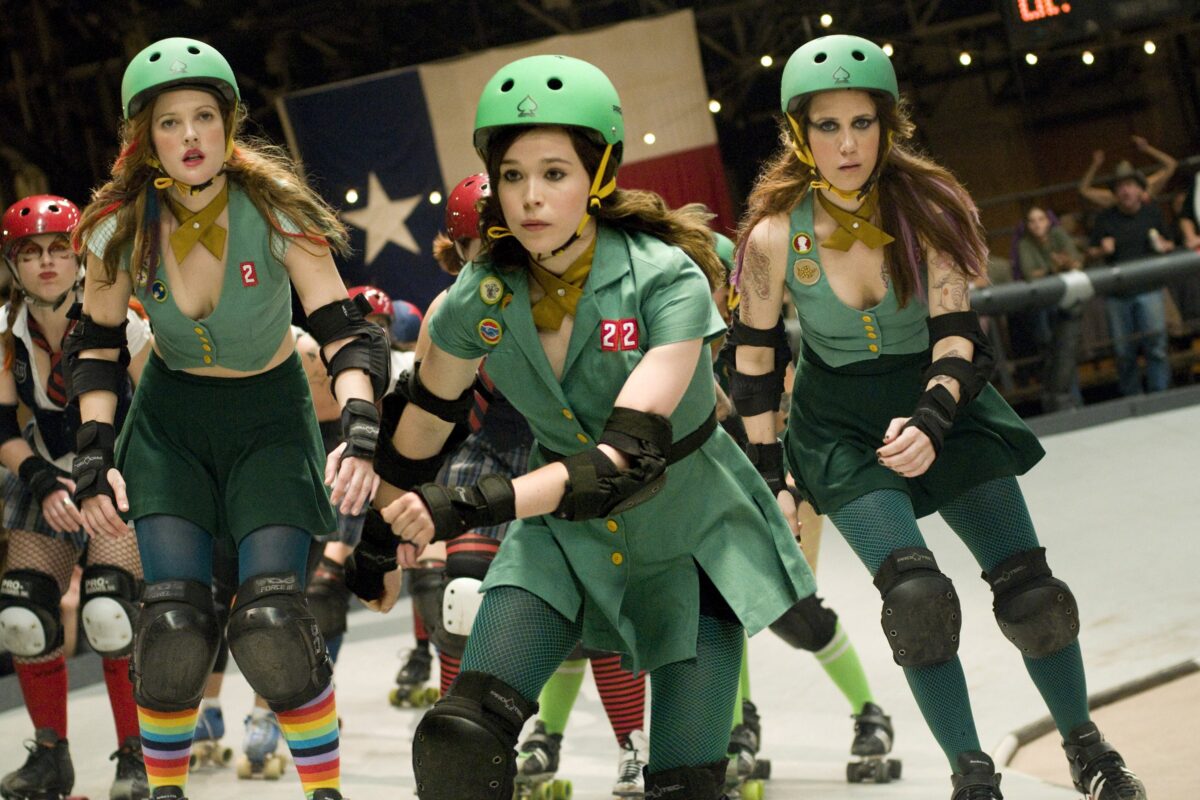 This weekend marks the opening of the 2021 Tokyo Summer Olympics. The global event was delayed for a year thanks to the pandemic (which is still ongoing), leading to a subdued, cautious, and sparsely attended Olympic celebration. Still, the Olympics bring a lot of joy to communities across the globe, and we’ll be cheering our favorite athletes from the comfort of the couch.

Naturally, the Olympics got us thinking about our favorite sports movies. Mary Suevians may err on the side of being, shall we say, “indoor girls”, but that doesn’t mean that we can’t enjoy the clichés and comforts of the sports genre. After all, it’s hard to resist a team of scrappy underdogs or a tough coach with a heart of gold or an epic training montage. Sports films are a timeless genre, one that presses all the right buttons and can inspire generations of would-be athletes.

After all, how many of us picked up a baseball after watching A League of Their Own as a kid? Or tried out for the soccer team after repeated viewings of Bend It Like Beckham? Let’s take a look at the sports movies we love.

Drew Barrymore’s directorial debut Whip It follows Bliss Cavender (Elliot Page), a shy high schooler in rural Texas who finds herself in the rough and tumble world of women’s roller derby. With a terrific supporting cast including Barrymore, Kristen Wiig, Juliette Lewis, Alia Shawkat, and Marcia Gay Harden, the film is a love letter to the punk rock sport and the badass women on the track. Both a sports film and a coming of age story, Whip It is delightfully funny and genuinely touching. It even inspired my own (brief) derby career, so naturally I’m a fan. Apologies to all the cartilage in my body!

Also, an honorable mention must go to Bend It Like Beckham which, in addition to being a heartwarming film, helped countless young women in the early 2000s come to terms with their sexuality. Forget Jonathan Rhys Meyers’ Joe: everyone knows the real love story of the film is Jess (Parminder Nagra) and Jules (Keira Knightley).

If you want to watch a quality film about boxing and the triumph of the human spirit, you should watch the classic, best-picture winning 1977 Rocky. Rocky started it all and launched one of the most famous sports (and movie) franchises of all time. It’s a narrative we still can’t get enough of that has continued with the Creed films and Rocky Balboa in more recent years. But if you want to turn off your brain entirely, you can watch one of the most absurd and yet still-somehow-watchable Rocky installments, the bonkers Rocky IV.

Draped in 80s nostalgia, actual American flag drapery, and Cold War-era zaniness, this 1985 film sees Rocky (Sylvester Stallone) take on the towering 6’5″ Ivan Drago (Dolph Lundgren), one of the most over-the-top sports villains ever created. Drago is an actual murderer in the ring and every Soviet stereotype rolled into one giant package. This is a movie that features a training montage in the snow of the frozen USSR landscape and also Paulie’s robot butler. It may not have won any Oscars, but it set the stage for Creed II, and in its own laughably outdated way, Rocky IV is a classic. You really have to see it to believe this movie happened.

I, Tonya is a perfect movie and one that I love most in this world. It’s a movie about a woman trying her hardest to prove to the world that she’s worthy of something while being her own worst enemy. As someone who was just old enough to remember the whispers of what happened at the 1994 Olympics, it’s been a story that many in my generation knew growing up. But seeing it told from versions of Tonya Harding, Jeff Gillooly, and Shawn Eckhardt shows just how much of a mess that entire situation was. Seeing their perspective while knowing Nancy Kerrigan’s side really showed me how the media framed Tonya versus how it nearly glorified the two men involved. I think the movie does a great job of not victimizing Tonya more than she does so herself, but it’s also an inventive way of telling this story we all know so well and I truly think it’s one of the best sports movies to date.

Can I count Clerks as a hockey movie? How about the honorable mention of soccer in Dogma? OK, fine, you may be shocked to hear this, but I am not very into sports movies. I have enjoyed a few over the years, including D2: The Mighty Ducks, The Sandlot, Rookie of the Year, and A League of Their Own, but nothing that I’m terribly attached to. Maybe I’ll go with the anime Initial D Third Stage, if we count racing as a sport. The Karate Kid counts, I suppose, but I was more on the Ninja Turtles side of martial arts movie spectrum. Can I count martial arts movies where they’re not technically done as a sport? I’m a big fan of Drunken Master and Once Upon a Time in China.

What’s your favorite sports movie? Let us know in the comments!