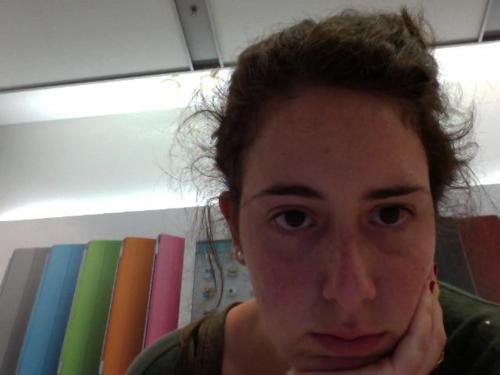 Don’t mess with Apple. No, seriously. Don’t mess with Apple. Unless you want four men in black to show up at your home to confiscate your personal possessions (two computers, an iPod and two flash drives). This is exactly what happened to Kyle MacDonald, a 25-year-old artist from New York City who had been running a rogue art project out of two of Apple’s Manhattan stores.

MacDonald had installed software on 100 test computers in the Apple stores that got the computers’ webcams to take a picture every minute, and upload the pictures to MacDonald’s server if a face was detected. The “People Staring At Computers” picture gallery was turned into a Tumblr by MacDonald. It was all going well, until of course MacDonald got a picture of an Apple technician staring at the screen. It was then that he knew: they were on to him.

How did Apple get wise to MacDonald’s tampering? MacDonald didn’t know that Apple monitors the network traffic from their stores. The increased network traffic (from 100 computers contacting MacDonald’s server every minute) was pretty noticeable, and eventually a technician detected the software. After getting the picture of the technician, MacDonald didn’t get ordered to stop his art project, so he assumed that Apple must be cool with it. They weren’t.

Four government officials came to MacDonald’s home with a search warrant citing computer fraud. In addition to confiscating some of MacDonald’s property, they also informed him that Apple would be contacting him separately. So, lesson for the wise: art or not, Apple is not amused. Don’t mess.