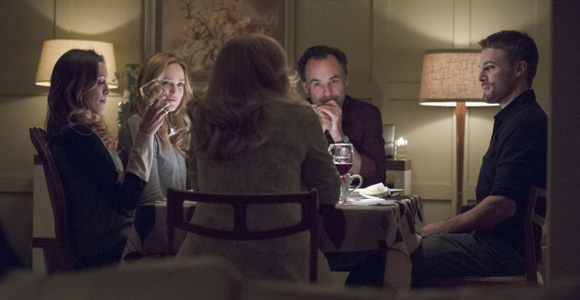 Arrow returned from its brief hiatus last night. Let us know what you thought of “Time of Death.”

Marc Guggenheim also tweeted a closer look at one of the other Easter Eggs from the episode. An advertisement for a Blue Devil movie on the side of the bus Arrow saved. 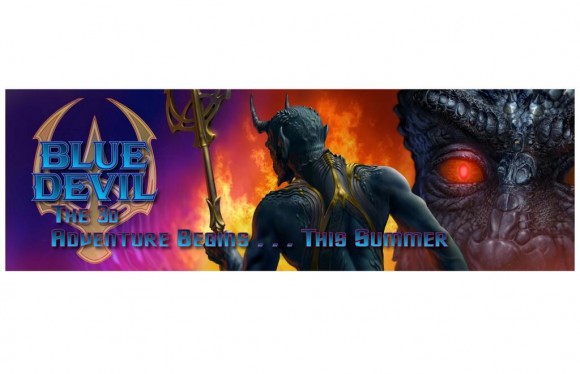 Click on the image to enlarge and let us know what you thought of the episode in the comments!