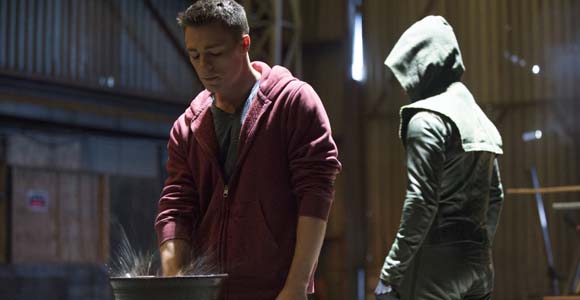 Sometimes, when I watch Arrow, I get so excited about what’s to come, I wish I could watch at super speed. Last night was one of those episodes.

It’s not that I don’t want to watch what’s happening at the moment, it’s just that I can see exactly where they’re headed and it makes me so happy I just want to get there immediately. A few interesting moments from last night’s episode: