Aron Eisenberg, Nog on 'Star Trek: Deep Space Nine,' Has Passed Away at 50 | The Mary Sue 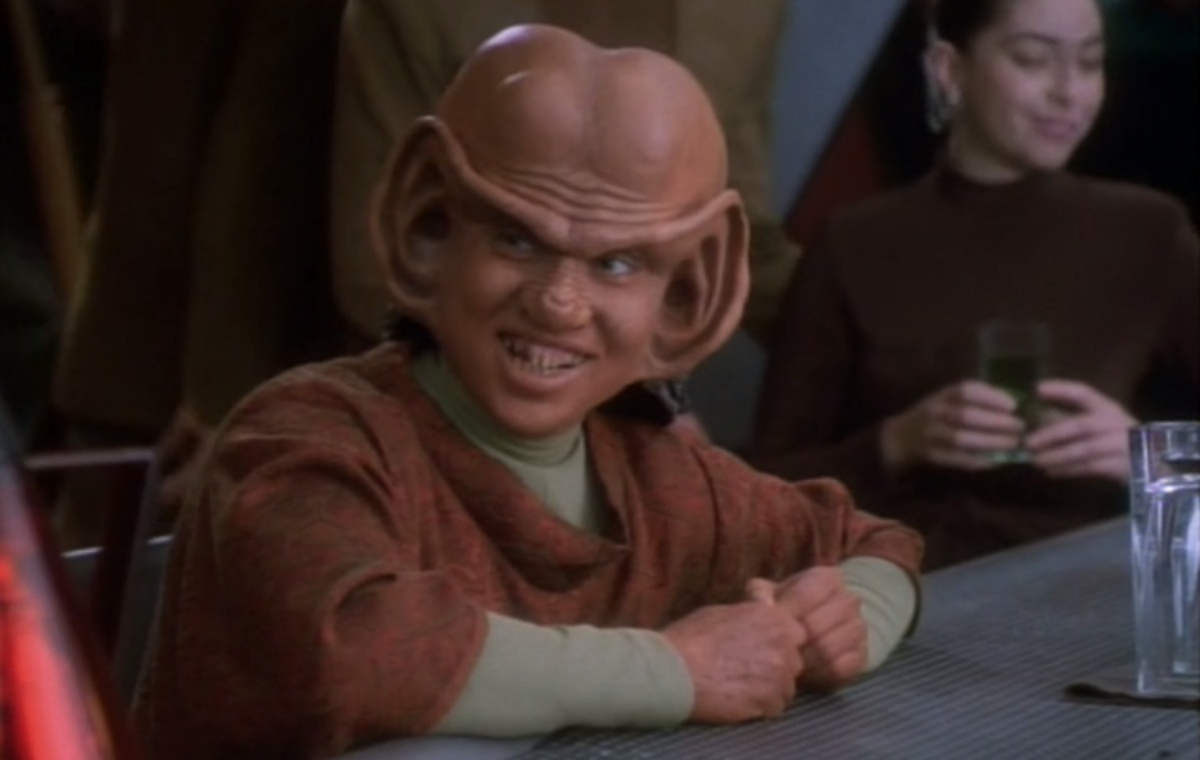 Over the weekend, actor Aron Eisenberg, best known for playing the lovable Ferengi, Nog, for the seven seasons on Star Trek: Deep Space Nine, passed away at the age of 50. In addition to his acting, Eisenberg was also a very talented photographer.

His wife, Malíssa Longo, posted a heartfelt message to Facebook saying goodbye to Eisenberg calling him, “my love and best friend.”

Multiple members of his Star Trek family have shared their condolences online and I’m sure even more are happening behind the scenes as they say goodbye to their friend.

Heartbreaking news. #DS9’s @AronEisenberg has passed away. Aron delt with health issues his whole life but never let that stop him from living it to the fullest. He was a talented actor and a wonderful person. He will be greatly missed. https://t.co/ShMWZbNCy0

We are aching and sorry more than words can ever say. Rest In Peace, @AronEisenberg. We will always love you and Nog💔

We love you, Malissa. You are family, and you always will be🙏 https://t.co/yaOXTNbeAy

I have lost a great friend and the world has lost a great heart @AronEisenberg He was a man of conviction and enormous sensitivity and the best of humanity. Kitty and I grieve for Aron, his boys, and Malissa. Flights of angels my friend…you will be missed. There are no words… https://t.co/Q18yIVeZEe

We’re heartbroken to share news of the loss of one of our family. Aron Eisenberg was an enormous positive presence in any situation. Forever kind, caring & deeply thoughtful, Aron was every bit as passionate as he appeared on screen. Our love & gratitude is with him & his family. pic.twitter.com/zbXpAdH5pL

As many of you know, I am new to Star Trek through Discovery and Deep Space Nine. DS9 has been such a delight to watch, and one of my favorite characters is Nog, and by extension, his Ferengi family of father Rom and uncle Quark. In the series, Nog is the first Ferengi to join Star Fleet because he doesn’t want to waste his life the traditional Ferengi way of constantly trying to gain capital. He wants to live his life with purpose and despite his uncle’s initial misgivings, the family comes together to support Nog. His friendship with Jake Sisko and his loyalty to his father are so touching. The emotions that Eisenberg was able to portray with all that makeup on his face speaks to his incredible acting ability.

According to i09, as of right now, Eisenberg’s cause of death is unknown, but regardless, this is heartbreaking news, and I hope that his family and friends have all the support they need.