Armie Hammer Is Down To Do a Man From U.N.C.L.E Fanfic Sequel So Get To It 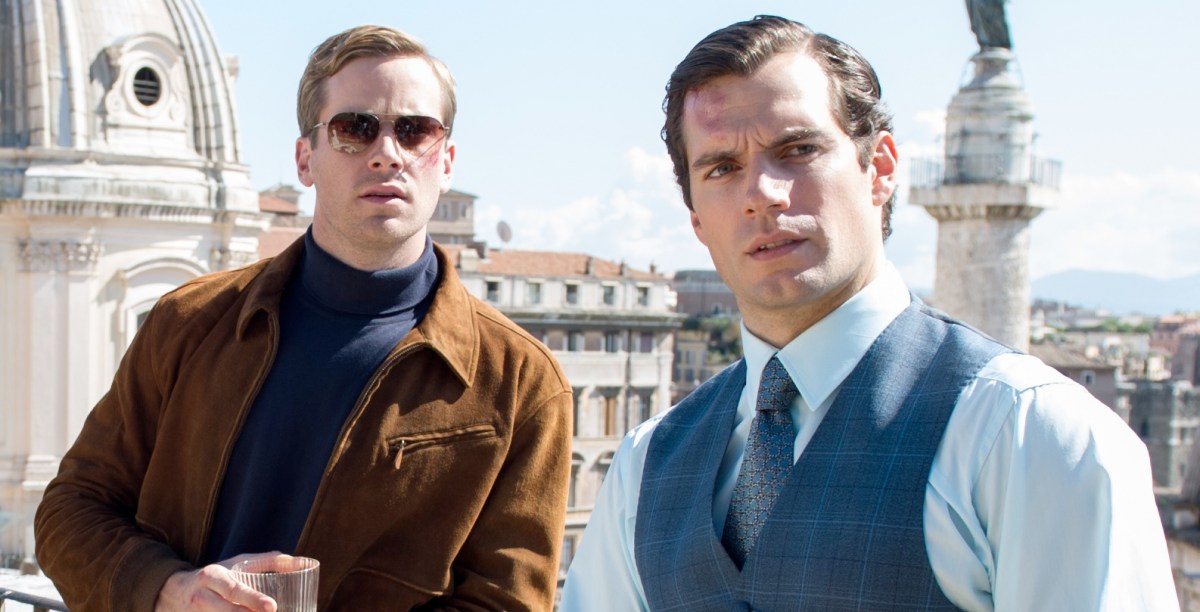 Armie Hammer said that if someone wrote a very good fanfiction for The Man From U.N.C.L.E, he’d make sure Guy Ritchie saw it so they could do a sequel. And GREAT DO YOU WANT RECOMMENDATIONS?

The Man From U.N.C.L.E was a spy 2015 drama directed by Guy Ritchie and based on the 1960s show of the same name. Following Napoleon Solo (Henry Cavill) and Illya Kuryakin (Hammer) on their secret missions, the two started off as foes and slowly began working together to protect Gaby Teller (Alicia Vikander) on her quest to find her father.

MUNCLE ended in a way that was easily set up to make a sequel (as each new mission could be completely different), but the film did not bring in the box office numbers that studios were looking for. (It made around $110 million worldwide.) But the movie has become something of a sleeper favorite for fans. So much so that there are often multiple times a year where people bring the film up on Twitter, Tumblr, and other social sites in order to share their abiding love for it. The movie’s fun aesthetic, with gorgeous costumes and exciting settings, lent itself to gifs, and the beautiful and charismatic stars didn’t hurt. The Man From U.N.C.L.E generated an enthusiastic fandom following that is still active today.

Talking with Collider, star Armie Hammer still seemed enthusiastic about the idea for a sequel and jokingly asked for suggestions as to where the film could go.

“I would do another Man from U.N.C.L.E.in a heartbeat. Like, in a heartbeat. If someone wrote a really good piece of fanfic, I’d narrate it. If someone wrote an extremely good piece of fanfic, I would make sure it got to fuckin’ Guy and Lionel [Wigram, producer] and be like, ‘You guys need to read this, and then give this person co-writing credit, ’cause let’s just get this movie made, let’s just do this.’”

So … Armie Hammer just wants us to jot down some scripts and start DMing him on Twitter? Because I will. I have been screaming about this sequel for quite some time and I will actively write this and just start tagging everyone involved. I both love and hate the idea of also putting this on fans.

Of course, Hammer is kidding (…unless), but our immediate reaction was initially “If someone wrote an extremely good piece of fanfic”? There’s already quite the tidy pile. Currently, there are over 3,000 pieces of fanfiction for the 2015 The Man From U.N.C.L.E on Archive of Our Own and the numbers are growing. Even the original TV show has tons of fics inspired by it and had an online fandom since the dawn of the internet.

But what this “jokey” response tells me is that there is genuine interest from the cast in making a sequel, which is wonderful to hear. A lot of the time, when something like this is brought up with no clear sequel pin sight, the actor either deflects or makes a non-answer about it. For Armie Hammer to get this excited about the prospect of coming back to play Illya Kuryakin again, and openly saying he’d help push for it? That gives us a measure of hope.

This is another moment when we would like to tout the contributions of transformative fanworks. Even the fact that Hammer feels comfortable shouting out to fans and fanfiction shows how much more awareness there is around it these days. And it’s fans’ enthusiasm—writing fics, making memes, meta, art, videos, and more—that can keep a brand alive and demonstrate continued interest and demand. Also, all jokes aside, there are works of fanfiction in this and most other fandoms that have stories and writing that easily outstrips what we find in many big-budget action movies. Armie, we have an AO3 invite if you need one.