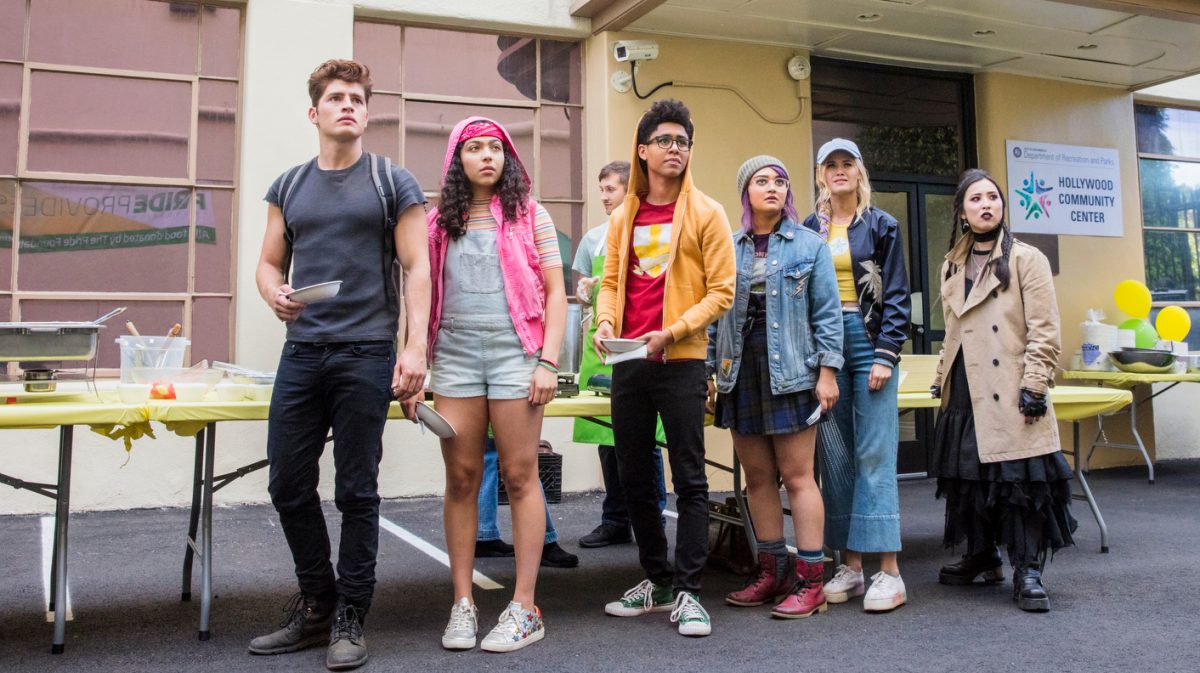 There is a way feminity is depicted in Hollywood that often frustrates me. Not because there are not women in real life who are completely put together daily–There are. But onscreen, nearly every woman is portrayed that way all the time. Their hair is always perfect and they always are dressed beautifully. They are the kind of women who never have an off day. Over a lifetime of watching these women in movies and television, there’s an unspoken message can sink in: That this is the only kind of woman we’re allowed to be.

What I love most about Marvel are the small details they give their female characters. Natasha Romanoff grows her hair out and just never getting the blonde fixed; Wanda Maximoff has chipped nails on a mission because she couldn’t be bothered to take the nail polish off. It’s beautiful and real and that carries on into Marvel’s Hulu show Runaways. When we first meet Gert, portrayed by Ariela Barer, she has vibrant purple hair. But throughout season 2, her hair fades because when you’re on the run from your evil supervillain parents, you have more important things to worry about other than whether or not your hair is done.

So when I sat down at the New York Comic Con roundtables for the show, I wanted to talk to Barer about that little detail and she brought to light an interesting way the show tackles the different levels of dedication to the performative aspect of gender within these characters.

“We all have a very specific relationship to our appearances I think as women, that’s definitely a thing, and men too. There’s a level of presentation to gender. There’s a performance of all of it and that’s something that’s shown in little details. We talk a lot about how Nico has time to put on all this make-up every day but that’s not unrealistic. She is someone who deals with having a mask and it’s kind of like war paint at a certain level. These looks get so intricate as stakes get so high because it is her warrior look and I think all of us have different relationships to make-up.”

What’s so interesting about this is that she recognizes that Gert’s appearance and how she holds herself is vastly different than that of Nico (Lyrica Okano). Nico is constantly masked in her black lipstick, never seemingly has a moment when she’s not wearing a full face of make-up, but that’s something that seems to be a comfort to her. It’s just a simple detail that says so much about her character.

Often, we as women are told to either put on a full face or to be “natural” and there is never a conversation about what feels best for each of us. For me, if I have on mascara and my eyebrows, I feel okay. But for someone else, that could be too much or too little and it all depends greatly on the individual.